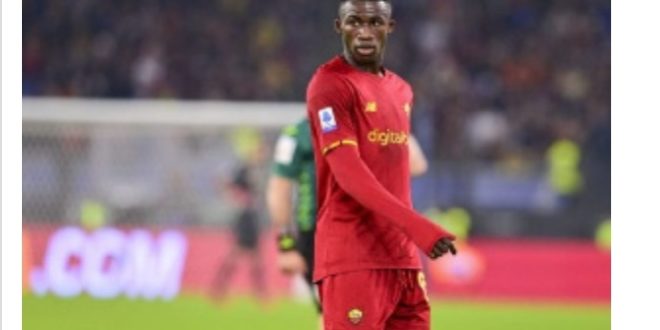 Share
Ghana’s top-rated starlet at AS Roma Felix Afena-Gyan has been sent from AS Roma’s first team by Coach Jose Mourinho who gave the youngster a chance of a lifetime.

Coach Jose Mourinho has since sent him back to the youth team and he was spotted training with them this morning, Italian newspaper La Gazzetta reported.

Afena-Gyan was spotted at a nightclub having pussyfooted to have a good time with ladies and enjoying himself while supposedly injured and unavailable for AS Roma team selection.

This development has reportedly annoyed Jose Mourinho and the future of the youngster is now uncertain.

Afena who started the season with the U19 team was invited to train with the first team and he took full advantage of the opportunity as he impressed Mourinho.

He made his first-team debut on October 27 against Cagliari, almost a month later Afena-Gyan came off the bench to score two goals as Roma beat Genoa 2-0.

After the match, Mourinho announced that Afena-Gyan would remain with the first team. Is it gameover now? That remains to be seen.

Previous VIDEO: Meet Valentina Fradegrada: The new girlfriend of Kevin-Prince Boateng
Next I was better than Asamoah Gyan during my peak years – Kwadwo Poku Mahala