Home / AFRICA NEWS / News Africa / More than half of South Africans have been infected with Covid, estimates Discovery’s CEO 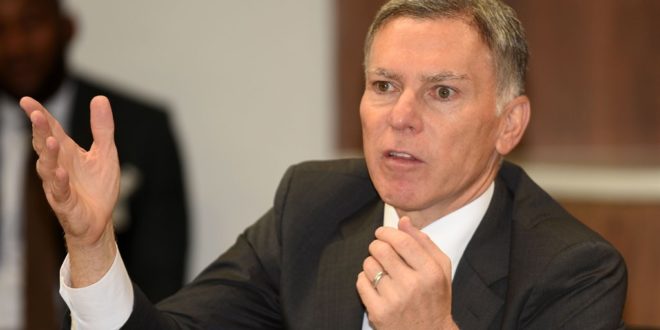 More than half of South Africans have been infected with Covid, estimates Discovery’s CEO

In an interview with The Money Show with Bruce Whitfield on Tuesday, Gore said that there’s “absolutely no ambiguity” that the excess deaths are linked to Covid-19.

The excess death number shows that the official Covid-19 death toll (which is around 48,300) may be wildly understated.

Based on the excess death rate, Discovery estimates the country’s true infection rate must be above half of the population.

“The number of people who have been infected in our view is probably over 50% of the country. This pandemic has had a traumatic effect on people, on the economy. You have to fight it with everything you can,” Gore said.

Last week, the National Blood Service released a study – based on test samples – that estimates that 63% of people in the Eastern Cape have been infected since the epidemic started, 32% in the Northern Cape, 46% in Free State and 52% in KwaZulu-Natal.

Gore said that the high infection rate could provide some protection against the feared third wave of the pandemic, which could hit South Africa in the coming, colder months.

“We are hoping that a third wave may take longer and might be less because we think the infection rate has been high.

If the first and second phases of the vaccine roll-out –aimed at healthcare workers, followed by high-risk South Africans, and essential workers – could be completed by mid-year, this could avert a deadly third wave, he added.

The first Johnson & Johnson vaccines arrived overnight in the country.

“If we do that, we can avert a deadly third wave.”

While government’s handling of vaccine procurement has come under fire, Gore supported its centralised approach in distributing vaccines, which prohibits private companies from procuring vaccines.

“Not following this process would mean low-risk people get vaccinated before the clinically vulnerable, resulting in unnecessary illness and death. This cannot and should not happen,” Gore said in a LinkedIn post, published on Wednesday.

Given the global vaccine shortage, young, healthy people who can afford the vaccines should not be allowed to get it before others who are at risk of death, he told Whitfield.

Gore says he is “pretty sure” that medical schemes will pay for vaccines for their members, given that most are in a position to pay after a sharp drop in claims last year, as the pandemic cancelled elective surgeries and other routine medical tests.

“The truth is that there has been a reduction in healthcare demand over the pandemic,” says Gore.

He said in his LinkedIn post that Discovery has not agreed to subsidise vaccines for non-members. “This is simply not true.”

While government still has to set a price for vaccines, Gore believes this should not be an issue, given the benefits of rolling out the vaccines as quickly as possible to members.

Almost 5,000 Discovery medical scheme members have died, and 12 of the company’s staff.

Previous 2024 will be very tough for NDC if NPP presents Bawumia as flagbearer – Allotey Jacobs
Next Election Petition: I advise petitioner to file a motion to discontinue petition – NDC MP