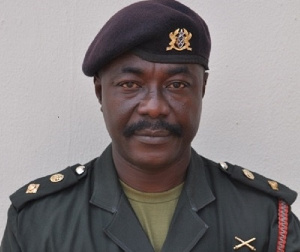 The Ministry of Defence has denied allegation by the National Democratic Congress’ (NDC) Presidential Candidate, John Dramani Mahama’s that the governing New Patriotic Party (NPP) used the military to alter the election results.

The former President at a press conference on Tuesday, December 8, 2020, had alleged that the NPP had used the military to alter the parliamentary results in their favour.

“You cannot use the military to overturn some of the results in constituencies that we have won. Some of what is happening is unacceptable and Nana Akufo-Addo continues to show credentials that are very undemocratic,” the former President said.

In a statement issued in Accra by the Military, it clarified that “for the 2020 general elections, the Military was deployed to support the Ghana Police Service and not to engage in politics.

“The Ministry of Defence will like to remind all political actors that the Ghana Armed Forces is a very professional institution and its members are well respected across the entire world for their professionalism, service to mankind and neutrality,” the statement said.

The ministry it said, would not accept any unsubstantiated allegation against the Ghana Armed Forces