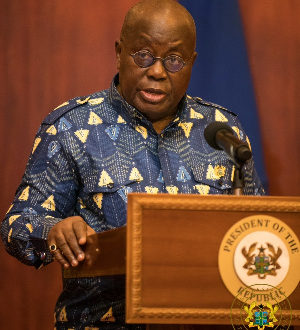 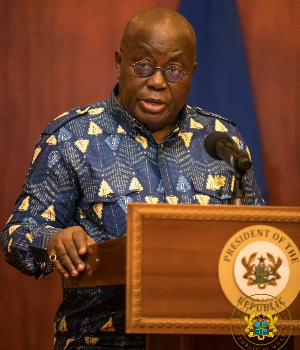 President Nana Addo Dankwa Akufo-Addo has served notice that he would sack any Minister or appointee in his government found to be involved in campaigning to become the 2024 presidential candidate of the New Patriotic Party (NPP), the party’s General Secretary, John Boadu had disclosed.

“President Akufo-Addo, in his capacity as the President of the Republic of Ghana, has made it clear that anybody that he finds to be distracting his government as a result of his or her ambition, he would not hesitate in getting them out of his government, so that they can concentrate on their presidential ambition or whatever.

“Sometimes it is very difficult for me to talk about these things but it looks like that is what we are to do. So we are putting forward some proposals to the [NPP] National Steering Committee quickly by this month we would be at a National Executive Committee to fashion out some guidance in order to allow government work to go on.”

“What it means is that it would get all and sundry to understand that there is no point in testing waters now whether by their assigns or by they themselves or whoever and there would be very punitive sanctions if one decides to disobey such a measure”, Mr. John Boadu told The Big Bulletin on Asaase Radio in an interview monitored by The New Publisher.

The NPP General Secretary described the ongoing subtle campaign by some government appointees mostly ministers of state as unnecessary distractions for the government of the day.

He explained: “It is an unnecessary distraction because if you read the constitution of our party, it reads that anytime we are in government, we elect our presidential candidates, not less than 11 months to general elections.

“What it means is that technically, the election of our presidential candidate can be done in January 2024. If that is so, if you start campaigning from now, the obvious thing that would happen is a distraction of government programmes and government activities. If we are not mindful of these things, what it means is that over the next three years, government activities and the president’s actions are going to be distracted by these needless water testers.”

John Boadu said even ahead of the NEC meeting to address the issue, the party has found a way of reducing the free-for-all rat race for the flag-bearer slot.

“About two weeks ago, it was very vibrant and all over the place but when we made the statement and cautioned them, it came down till the recent statement by the Majority Leader. I think that it is unnecessary, it is uncalled for and e just have to be guided by our own constitution.

“The danger involved is that if we do not put a stop to it now, we may have other people and organizations or political parties who do not wish us well also sowing seeds of discord among us.”