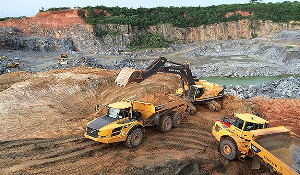 This, according to the GSS, is followed by the utility sub-sector with 12.1 percent. The Manufacturing sub-sector recorded the lowest year-on-year producer inflation rate of 0.5 percent.

The producer inflation rate in the petroleum subsector was 17.2 percent in April 2019. The rate declined continuously to record 1.2 percent in June 2019. However, it increased to 3.1 percent in