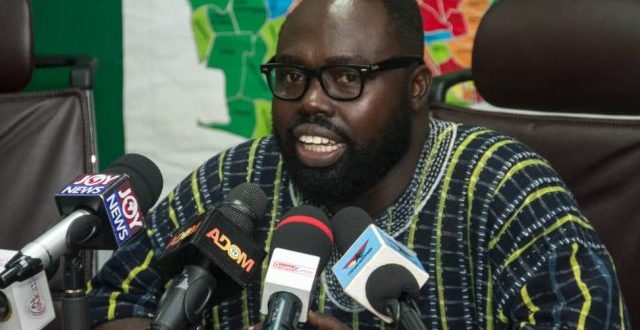 The National Democratic Congress (NDC),is accusing President Nana Akufo-Addo and the New Patriotic Party (NPP) of a lack of commitment to ending political party thuggery in the country.According to the NDC, they had already suggested a multi-stakeholder approach to deal with the matter. They were of the view that even though the NPP claimed they were open to the suggestion, the Danquah-Busia-Dombo party excluded all third-party mediators in the invitation letter issued recently to open discussions on ending the engagement of party militia.“Why wouldn’t you start the meeting with the stakeholders involved. Why should we (NDC) go and meet with you (NPP) alone? You know clearly that there is lack of trust between these two parties and the NPP has not been honest in this matter. So, why would you go into an engagement knowing that it will not end? We think the President must show some commitment and lead from the front and not behind,” Deputy General Secretary of the NDC, Peter Boamah Otokunor, told Class 91.3FM on Tuesday, 19 March 2019.Mr Otokunor further questioned why a venue and time was excluded in the invitation letter.“…even with the meeting they requested, they didn’t give a venue [and] they didn’t give time, that tells you [that] the people (NPP) are not even ready,” he stated.In the invitation letter addressed to Chairman of the NDC, Mr Samuel Ofosu-Ampofo, for a meeting on the subject matter, the General Secretary of the NPP, Mr John Boadu said he was pleased, on behalf of the party, “to officially invite you (the NDC) to a meeting to discuss the menace of political vigilantism, which has gained notoriety in the country, and explore ways of permanently disbanding the various vigilante groups associated with Ghana’s two major political parties”.The invitation, Mr Boadu said, “has been necessitated not only by the president’s call during the 2019 state of the nation address, but also by the legitimate concerns expressed by overwhelming Ghanaians about this menace, and the need for the two political parties to do the needful in the interest of the nation”.Mr Boadu told the NDC Chairman in the letter that: “You’ll recall that since the president made this call, our National Chairman, Freddie Blay, has been engaging your good self in telephone conversations on the subject. We think that time is now rife for the parties to hold this crucial meeting, which the whole nation has been looking forward to.“We have also taken notice of your request to expand the scope of the engagement to include multiple stakeholders and wish to assure you that the NPP avails itself of this consideration at the meeting, which will afford the two parties the opportunity to agree on the various stakeholders to be invited to the subsequent engagements.“The NPP proposes that this crucial meeting comes off during this week at a venue convenient to you and, so, we entreat you to, as soon as possible, get in touch with the party when you find a suitable venue for this meeting”.Source: Ghana/ClassFMonline.com