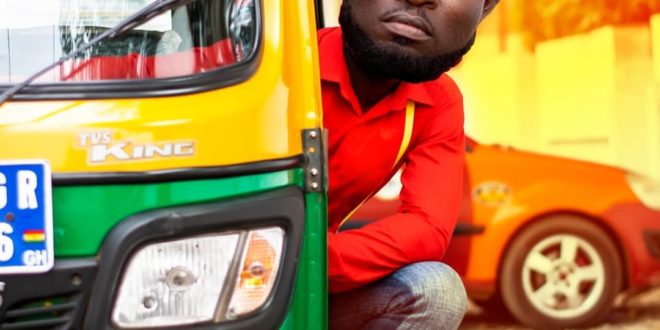 Anthony Quarshie known in the showbiz arena as Kassano or Mr Foko says that his vision and goal is to take Ghana to the global stage with his comedian and series that he has lined up which will hit our screens and social media soon.

According to him, he dreamed of becoming a comedian since infancy and truly he is living by his childhood dream.

“I dreamed of becoming a comedian and I’m not surprised at what I’m doing today. It has always been my goal to take Ghana to the global stage with my comedies which are set to set social media and traditional media by storm”.

He added that the late Bob Santo inspired him to be a comedian and added that he wants to be known as the messiah of comedies in Ghana and the entire African Continent.

” The late Bob Santo inspired me to be a comedian because growing up I used almost all my leisure time to watch his movies and anytime he appears on stage to perform at the Key Soap Concert Party at the National Theatre”.

Kassano also hinted that he has a lot of projects that will be showing soon on all the social media platforms.

“There are a lot of projects that I have done beyond the scene and I believe that they will put smiles on the faces of my fans and also anyone who likes comedy. I will say that some of my projects are some pieces of advice to the youth and everyone who has lost hope in life.

” Tony Kassano is here to inspire, motivate, entertain and also put smiles on the face of thousands”, he concluded.

Below are some videos