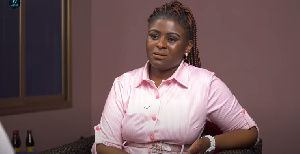 Meet the lady with two vaginal canals, cervixes and wombs

Elizabeth Amoa, a UK-based Ghanaian, has disclosed that she suffers from a bizarre health condition that has caused her to have two vaginal canals, two cervixes, and two wombs.

Mrs. Amoa stated that this condition was discovered at the age of 33 and that no amount of scans could detect it until she met an experienced doctor.

Throwing more light on her complicated reproduction system in an interview with Zionfelix, Mrs. Amoah who established that she was born with the anomaly said,

“The opening where a baby’s head comes out during childbirth is what is called a vagina. Mine has been divided into two. There is a flesh that separates it. Aside from this, I have two cervixes and two wombs. In a normal woman, there is only one vagina, which leads to the cervix and a womb, but mine is different. I was like 33 years old when I discovered it.

“When I was living in the UK while pregnant with my first child, even scans were not able to detect it. It can be easily missed, especially if you don’t have a very experienced doctor. Out of the over 20 doctors I met, only two were able to help detect and manage my condition. There are gynaecologists, but it doesn’t mean all of them are abreast with issues of congenital abnormalities.”

Highlighting the countless challenges associated with this condition, she added,

“I easily fall sick, and it’s as a result of this. I have had stage 4 endometriosis and an ovarian cyst. One could also suffer from a low immune system and even kidney diseases. The interesting part is that if I have sex while pregnant and the semen goes through the other empty womb, I might get pregnant again.

“There is this Bangladesh lady who gave birth, and gave birth to another baby just a month after. With this type of condition, the babies won’t be twins because they cannot connect. Also, I want to take out one womb, but because I have stage 4 endometriosis, it won’t be easy,” she added. 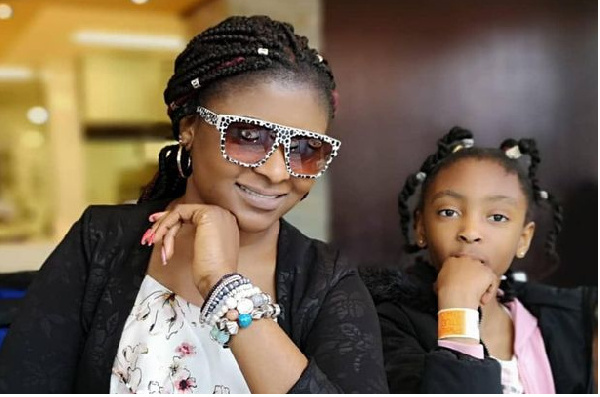 Elizabeth, however, asserted that despite suffering from all these, she still enjoys her sexual life.

“I can menstruate in both and also get pregnant in one womb. During sex, the penetration goes through just one of the vaginas, and just like any human being, I enjoy my sex life,” she added.

Previous Galamsey: Ghana to import water from 2023
Next IGP Tells JOSPONG Group Chairman To Look Beyond Challenges And Stay Focus