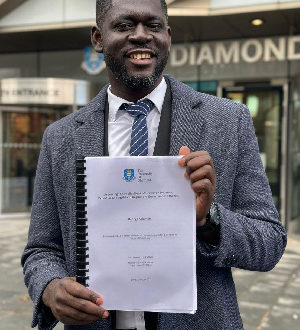 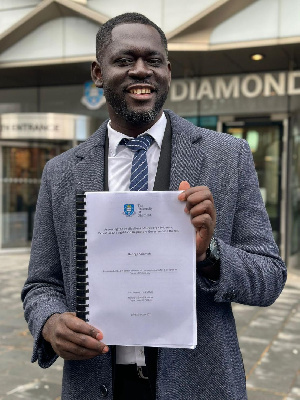 Inspirational stories abound but not many come as good as this one. In 2003, George Asiamah’s world came crashing down. He had written the West Africa Secondary School Certificate Examination and the result is one that not even his enemies, if he had any, would be proud of.

This horrible results, as George himself admits, was due to two factors. The first and perhaps a self-inflicted one was his truancy.

In a post he made in 2018 detailing his experience in Secondary School (now High School), George Asiamah, who was a student of the Atwimaman Secondary School, identified a disinterest in the General Art course he was ‘forced’ to pursue and truancy as the two issues that stood between him and academic excellence.

“Now, getting to the end of the first year, we were told that the school did not have the capacity for the business program, so it would be abolished in the following year. To that effect, all business students were to search for schools during the vacation for us to be transferred in the following academic year.

“The next academic year began, and here I come, the only business student who didn’t get a new school. I actually didn’t get the communication proper, I thought my school was to look for the new school for us. So coming to second year, I was forced to join the General Arts class. Oh boy! I didn’t take delight in that development. That was when my old (truant) character re-manifested.

“Here, it was an advanced stage of truancy – I no longer stay home for weeks, but in months. One could practically count the number of days I will be in school in a term. Funnily, any day my friends see me coming to class, they will be shouting “Ebon! Ebon!!” (teasing me with the name of my village). Others will ask jokingly, “enti school no wo ka ho?” (Are you part of the School?),” he said in the post.

With renewed mindset and verve, George navigated the academically demanding job of being a student at the Kwame Nkrumah University of Technology.

He then furthered at Queen’s University, Belfast before moving on to The University of Sheffield where he pursued PhD.

As published by a Facebook user, Shadrack Dare, George earlier in the week successfully defended his thesis which was on Brexit, Scientific Evidence and Agri-food Regulatory governance.

With his thesis defense out of the way, George Asiamah has gone from a ‘tiwuii’ in 2003 to a PhD holder who will now respond to the title ‘Doc Doc’.