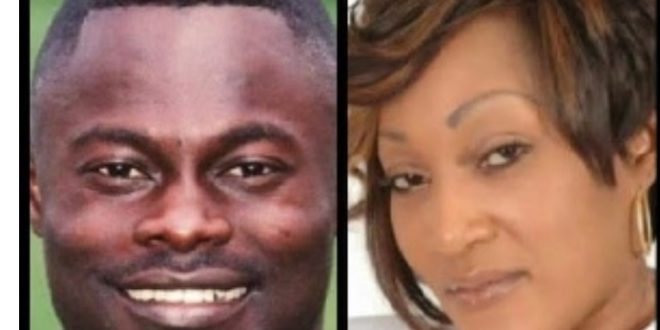 Meet the 3 lawyers Gloria Lamptey hired to take East Legon Mansion, other properties for her

Share
Many people have praised the good work done by the lawyers hired by the Ex-wife of football legend Odartey Lamptey, Gloria Appiah Lamptey to push her case in court in her protracted divorce case with her ex-husband that made headlines.

Despite confirmed adultery that produced three children that were not Odartey Lamptey’s, lawyers for Gloria Appiah Lamptey managed to ensure she didn’t leave the court empty-handed.

The court ordered Mr. Odartey Lamptey to pay 40% of the GHC500,000 Gloria Appiah’s lawyers originally demanded from the court and to allow her to keep his Toyota Venza which is already in her possession. He was further ordered to add another Toyota Yaris for her relaxation in addition to the Dome Kwabenya house that has been given to her.

It was also reported how the Lawyer for Odartey Lamptey defended his school and other investment from being touched by the court.

These three lawyers represented and defended Gloria Appiah Lamptey in the case.

Their client has disappeared from the public space and has never granted any word of the interview since the matter broke.

Previous Police officer in gun battle with suspected robbers at gas station; one shot
Next Nigerian billionaire Indimi flies his private jet into Tamale to mourn with Farouk Aliu Mahama