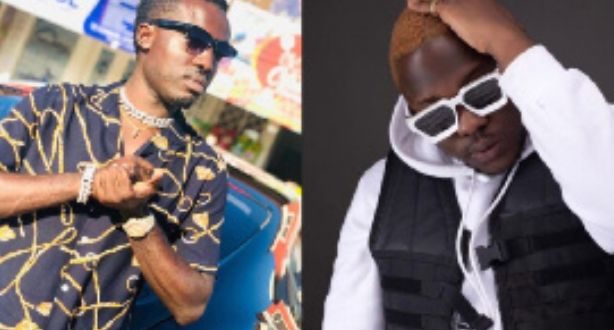 ‘I am disappointed in you’ – Medikal boldly tells Criss Waddle

It seems all is not well in the ‘AMG Business’ camp, particularly between Criss Waddle and his godson, Medikal.

In what has been captured as series of rants on Twitter, Medikal bitterly spoke about how Criss Waddle spewed certain lies about him in an open space.

According to Medikal, Criss Waddle spoke ill about him to certain individuals at the Accra AnC mall whiles alleging that he (Medikal) deliberately released his ‘Letter to the Ex’ song to kill the shine of Waddle’s ‘Take me back.’

Medikal and Criss Waddle both dropped a song each on the same day, May 27, 2022, and the latter is purportedly unhappy with the development.

But the ‘Stubborn Academy’ hitmaker who seems shocked about Criss Wadlle’s alleged concerns has claimed that they both agreed to release a song on the same day.

“God knows I never decided to drop ‘Letter to my ex’ same day as you dropped your tune with Stonebwoy. It had already been programmed. We met at Coco Vanilla last week and had a very positive conversation so heating this from your right-hand man makes me sad. I’m tweeting tis because you see me calling and decide not to pick up! But since you are busy on social media, I guess you see my tweets!

Been loyal to you ever since we met You’ve got my phone number. If you’ve got any problem with me, I’m just a phone call away. It hurts me tom say this but I’m very disappointed in you. Talking ill about a nigga you claim to love in an open space like ANC mall is foul,” Medikal wrote on Twitter.

Monitoring events on social media, netizens who never expected a public feud between the two musicians due to the strong bond that exists between them have shared all sorts of opinions on the issue.

While others have lambasted Medikal for being what they described as disrespectful towards the man who discovered him, others think they are just pulling a stunt. 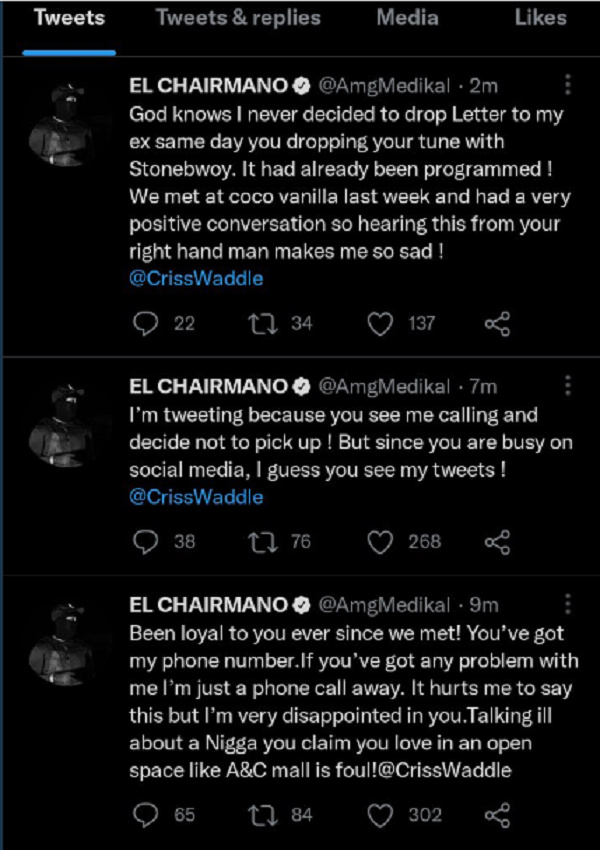