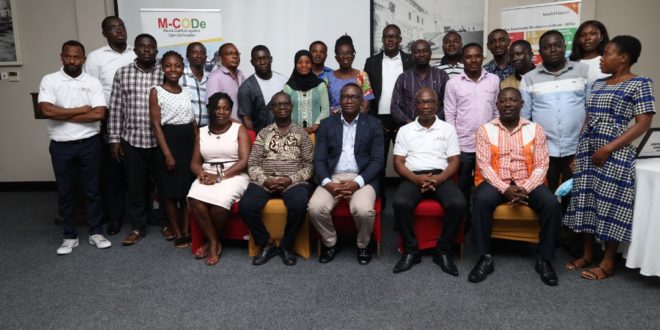 The Media Coalition Against Open Defecation has launched its central region branch. The regional arm of the coalition is to strengthen activities geared towards ending open defecation by 2030.

Speaking at the launch, the Regional Director, Environmental Health Officer (REHO), Mr Emmanuel Freeman Goku said Only 482 of the 3,630 communities in the Central Region are open defecation free.

He stressed the need for the government to intensify efforts in ending the trend while lauding the coalition for its initiative.

“A greater percentage of people in the Region practised open defecation and it needed the collaboration of all stakeholders as well as a right attitudinal change to reduce the menace to the barest minimum,” he said.

M-CODE is collaborating with World Vision and United Nations Children’s Fund (UNICEF) to make SGD goal 6 which advocates the end of open defecation and provision of sanitation and hygiene for all by 2030 a reality in Ghana.

Source: Daniel Lartey
The Columnist is a member of the Media Coalition Against Open Defecation