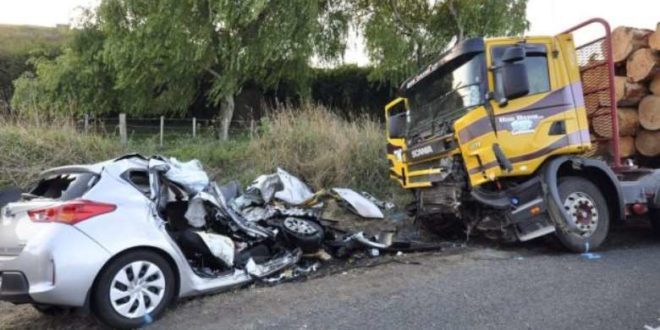 Many feared dead in ghastly accident at Eduagyei

About 14 passengers on-board a bus travelling from Kumasi to Takoradi in the Western Region are feared dead after a head-on collision at Eduagyei near Attabaze in the Central region.

They are said to have died on the spot on Wednesday when the bus they were travelling in collided head-on with a truck loaded with cement.

One person who survived is in critical condition, Adom News’ Kafui Justice reported.

According to the police, the truck driver, who took to his heels after the accident, may have been blinded by the smoke.

He is said to have run his truck straight into the Takoradi-bound bus, which had 15 passengers aboard.

The only survivor is said to have been rushed to the Cape Coast Teaching Hospital for emergency care.

The Elmina Command of the Motor Transport and Traffic Directorate immediately deployed officers to the scene to ensure free flow of traffic.

Tags Many feared dead in ghastly accident at Eduagyei