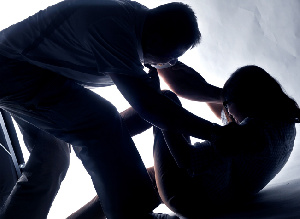 A middle aged man has allegedly raped a 70-year-old woman at Dzaman near Gbawe in the Greater Accra region.

The victim, Rose Odikro, suffering from stroke, said the suspect, whose name was only given as Achikolo, raped her on Sunday, October 4, 2020.

Narrating her ordeal on Adom News, she said the suspect forcibly entered her room when she was alone at home and sexually assaulted her

“I could not shout because of my condition and he raped me,” she told Adom News.

The suspect, she added, escaped from the scene when she managed to raise an alarm.

Also, Assemblywoman of the area, Augustina Asiedu, who confirmed the incident to Adom News, said they have reported the matter to the police.

However, she said the suspect, Achikolo is currently on the run and the police have mounted a manhunt for him.

The Assemblywoman said the victim’s health condition is now stable after receiving treatment at the hospital.

Play attached audio above for more:

Previous Man breaks into mortuary to have s3x with late lover
Next VIDEO: Ursula Owusu campaigns in the North with private jet