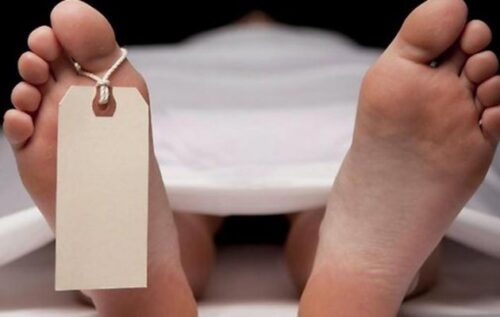 Man found dead in his room after drinking with friends

Information gathered by Adom News‘ Kofi Adjei suggested the incident happened on Saturday after he drank palm wine with some friends.

This was at about 4:00 pm but Mr Ayeh was never seen again until he was found hanging dead in his room.

Narrating the incident, the father of the deceased, Okyere Boateng, said they do not yet know the cause of death.

He explained he has bought a car for the deceased to operate as a commercial ‘trotro’ driver and he was hopeful the deceased will soon start work to support the house.

He, however, did not make any public statement but instead appealed to Ghanaians to always check up on their neighbours.