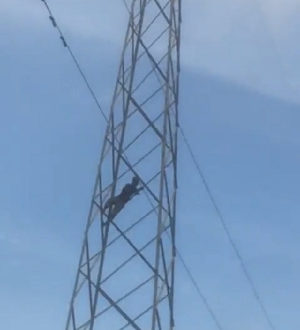 Man climbs high-tension pole at Kasoa over hardship in Ghana 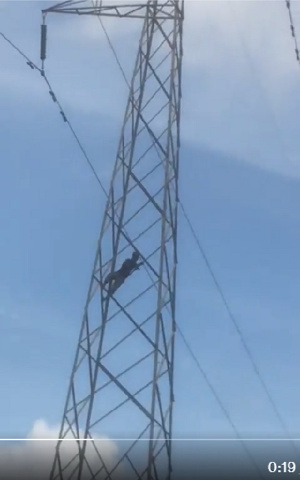 A middle-aged-looking Ghanaian man has reportedly climbed a high-tension pole at Kasoa, a community in the Central Region.

His decision was to protest the current economic hardship in the country, eyewitness accounts said.

In a viral video, which was sighted by GhanaWeb, the man was seen quickly climbing the high-tension pole as bystanders made many pleas in attempts to get him down.

Also in the video, a vehicle of the Ghana Police Service could be seen, creating the impression that the police officers were on the scene to help get the man off the pole before he endangered his life even more.

“A man has climbed the high tension poles in Kasoa and, according to eyewitnesses, says he won’t come down despite the police on site. He says he’s tired of life and the economy,” Asante tweeted.

An onlooker, with a Nigerian accent, was also heard running commentary in the background of the video, saying that a Ghanaian man is had climbed the pole because of the hardships in the country.