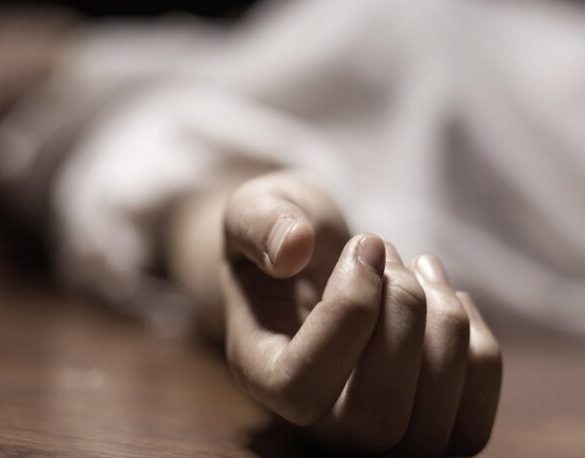 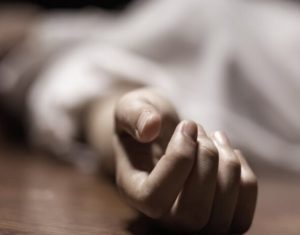 An artisan, Saviour Aniefok, has allegedly tortured his seven-year-old son, Nathaniel, to death at his residence at Amen Compound, in the Shangisha area of Magodo Phase 2, Lagos State.

Mr Aniefok, who is said to be on the run, reportedly tortured the victim on the allegation that he stole a piece of fish belonging to one of his customers.

It was learnt that the customer requested the deceased father’s services in repairing a faulty microwave.

The customer was said to have given Mr Aniefok a piece of fish to test the microwave after it was repaired.

While delivering the repaired microwave to the customer, he reportedly forgot the fish at his shop.

PUNCH Metro gathered that Saviour took the fish home for preservation and eventual delivery to the customer when he returned to his shop.

When correspondent visited his residence in Shangisha on Monday, residents, including neighbours, said they heard Nathaniel writhing in pain when his father was beating him.

One of the neighbours stated that the man was fond of torturing Nathaniel and his brother, Charles.

The neighbour said: “I still saw Nathaniel on Sunday afternoon. In fact, I gave him snacks to eat.

“Around 10:00pm, we started to hear Nathaniel shouting and crying for help; we also heard loud bangs on the floor and wall indicating that he was being beaten.

“As he was crying, Saviour was telling him to shut up. I personally thought their stepmother was at home to caution him. But later, we got to know she had travelled. Surprisingly, I heard Nathaniel died the following day.”

Another neighbour said the father facilitated Nathaniel’s burial the following day, adding that he went into hiding and took Charles along to conceal the crime.

“I was told his father said he was sick; someone that I saw playing in the compound. The injuries he sustained during the torture must have been responsible for his death.

“We only saw Saviour on two separate occasions after his son died. We have also not seen the stepmother of the children.

“We learnt that the police have arrested his brother but we don’t know if Saviour has been arrested. I have seen him torturing one of the boys to the point of carrying the boy up and slamming him to the ground,” the neighbour alleged.

Another neighbour said he saw the man and three other persons attempting to convey Nathaniel to a location in the state around 4:00am.

He said: “I saw Nathaniel lying naked in the back seat of Saviour’s car. I observed that a pain relief substance had been used to massage his body because I smelt it. I was on my way to work when I saw them.”

PUNCH Metro gathered that some good Samaritans contacted the Child Protection Unit of the Lagos State Ministry of Youth and Social Development, which informed the Isheri Police Division to investigate the case.

When contacted, Mr Aniefok denied torturing his son to death, adding that Nathaniel was fleeing from being disciplined for stealing his customer’s fish when he fell and smashed his head on tiles.

He said: “I didn’t torture my son to death. After I returned from church on Sunday, I got home and realised my customer’s fish had been touched. I asked who touched it and Charles said he was not the one.

“I asked Nathaniel, but he also denied it. I was going inside my room when Nathaniel thought I wanted to get a cane and as he attempted to run, he fell and hit his head on the tiles.

“I didn’t go into hiding; my mother was sick, and I came home with my other child to see her and tell her what happened. I wanted to return to Lagos today but the IPOB stay-at-home order prevented me,” he said.

The state Police Public Relations Officer, CSP Adekunle Ajisebutu, said he was going to get back to Metro’s correspondent but was yet to do so as of the time this report was filed.