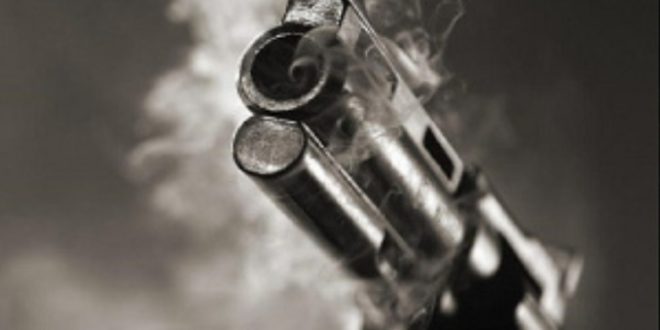 Man, 45, shot dead at Tweapease in the Eastern region

Share
A 45-year-old man, Eric Twumasi, has been shot dead at Tweapease in the Eastern Region.

Police information says a resident called the Asoum police to inform them about some sporadic shootings in the community on Saturday, March 12, 2022.

At about 12:40pm, Eric Twumasi was found dead by persons not readily identified. It is suspected that a shot from a pump action gun hit him.

The police on reaching the scene found the victim lying in a pool of blood in a supine position with his brains beside him in his verandah.

One used shell of four AAA cartridge and a pump action gun was left at the scene as well.

The body has been conveyed to the Kade Government Hospital for preservation and autopsy.

No arrest has been made yet.

Some residents are attributing the sporadic shooting and death of the victim to dispute hanging in the community.