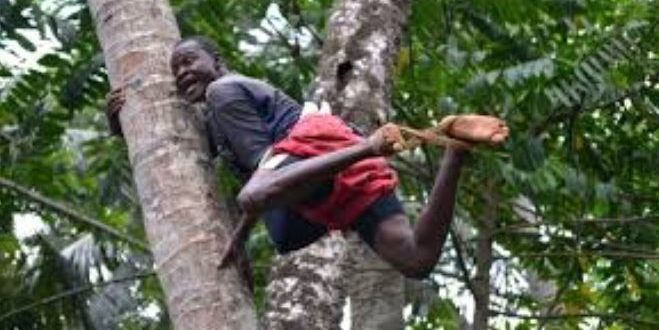 Man, 30, falls to death from coconut tree at Offinso

A man believed to be in his 30s has lost his life after falling from a coconut tree at Offinso Dome in the Offinso South Municipality of the Ashanti Region.

The deceased who was only identified as K2 reportedly died instantly after falling the coconut tree.

A source at the community told OTEC News Kwame Agyenim Boateng the incident occurred on Monday October 18, 2022 around 3:00 p-m after the victim, in an attempt to get some coconut, fell from the tree and died.

Information gathered indicates that the bereaved was not the owner of coconut but had gone to the area to pluck coconut for his personal consumption.

Body of the deceased has since been deposited at mortuary by police in the area.

Previous Behind TheTweets with Black Sherif
Next Adum traders hoot, boo and jeer at Akufo-Addo’s convoy as he tours Ashanti Region