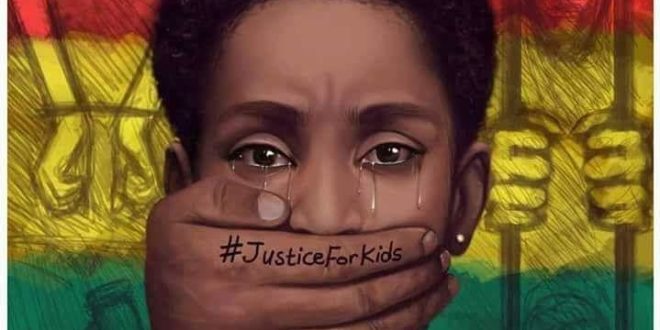 The Akyem Tafo Police command is on a manhunt for a 25-year-old man for allegedly abducting and defiling a 13-year-old class 6 pupil.

The suspect identified as Kwadwo Freddie detained the victim at his premises for three days and reportedly had sexual intercourse with her five times.

According the family of the victim, Felicia went missing on Friday and a report was lodged at the Akyem Tafo District Police headquarters.

While the Police were searching for the victim, Felicia suddenly returned home on Sunday and narrated that she was abducted by the suspect who forcibly had sex with her five times.

She added that unable to endure the pains she managed to escape home.

The girl who was struggling to walk properly was issued a Medical Form by the Police for medical examination at the Akyem Tafo Government Hospital where Doctors confirmed that she had been defiled.

Meanwhile the police has launched a manhunt for the suspect who is currently on the run.