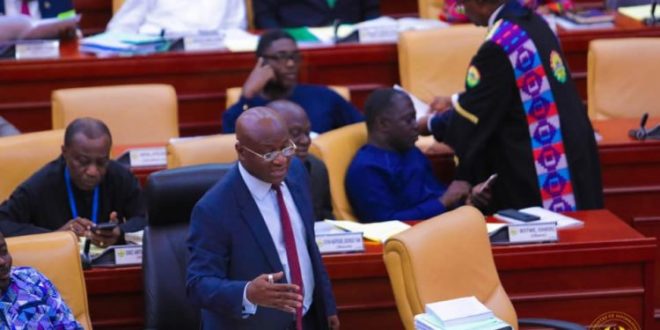 Mr Osei Kyei-Mensah-Bonsu, the Minister-designate for Parliamentary Affairs, has vehemently disagreed with the practice of organising primaries to elect parliamentary candidates every four years.

The practice, he said, often resulted in high attrition rate of experienced Members of Parliament, adversely affecting the work of the legislature.

Mr Mensah-Bonsu, also a Member of Parliament for Suame, was responding to the question of how he would help in ending high attrition rate of MPs when he appeared before Parliament‘s Appointments Committee on Friday for vetting.

He said though Article 55 (5) of the 1992 Constitution enjoined political parties to comply with democratic principles but did not necessarily mean that parliamentary candidates should be chosen through elections.

He indicated that parliamentary candidates could be chosen through popular acclamation and appointments, which would help in maintaining experienced MPs in the legislative house.

The Majority Leader said in some developed democracies, political parties set up a committee after the end of tenure of MPs and assess the performances of parliamentarians and thus, propose that MPs who distinguished themselves continue without going through any elections.

Mr Mensah-Bonsu was of the view that until political parties realised the need to make reforms with regard to the mode of choosing parliamentary candidates, the high attrition rate of MPs would go on unabated.

“Mr Chairman, there are other considerations other than the performance of an MP comes into play in electing parliamentary candidates and this results in MPs losing their seats,” he explained.

He alluded to some experienced MPs including Inusah Fuseini, Dr Assibey Yeboah and Ben Abdul Bandah who lost their seats due to the frustrations in the primaries and eventually lost.