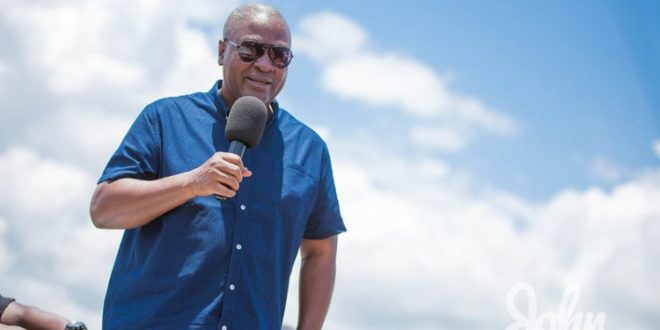 Mahama shattered our dreams as presidential aspirants, he’s a blessing to NDC 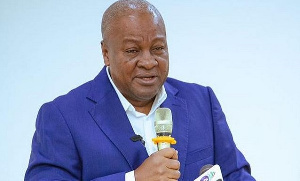 The founder and leader of National Liberation Congress (NLC), Stephen Atubiga, has said that the presidential ambitions of former President John Dramani Mahama killed the dreams of other aspirants.

According to the former flagbearer hopeful of the National Democratic Congress, there were other persons seeking to lead the party but when Mr. Mahama announced his interest to stand again, their hopes were shattered.

In his view, the other aspirants were no competition to the former president who would win in any internal elections even in his sleep.

This, he disclosed, compelled interested parties to beseech their founder, the late Jerry John Rawlings to talk Mahama out of the elections for the rest to have a levelled playing field; a situation he [Atubiga] objected to.

He declared that due to his objection, former President Rawlings refused to heed the plea of the concerned flagbearer hopefuls.

He posited further that “the man [Mahama] can win to lead the NDC internally at any time. Even if he’s sleeping they would still vote for him. It’s a gift that God has granted him’, Atubiga said in an interview with Kofi Adoma Nwanwani on Angel FM’s Anopa Bofo Morning Show.

Speaking further, the NLC leader noted that he is not against the downfall of his former party, the NDC however, he is holding leadership of the party accountable for them to revisit the ideals and principles of the party as espoused by their founder.

Among other things, Stephen Atubiga cited corruption and neglect of party members by the current leaders as problems that should be addressed because the NDC youth have lost hope in the party which contributed to their 2016 defeat.

“…2020 proves that these people are interested in themselves only. They are not interested in the party winning power or pulling everybody along. They have turned the party into a corruption institution”, he said in the Twi parlance.

He added that the filing fees set by John Mahama was too expensive for aspirants and was perceived as a way to eliminate some people.

“Any socialist democratic party that members cannot afford to pay filing fee to participate in internal elections with their four months to one year salary then that party is no more socialist but a capitalist party. Social intervention programmes that we should have done as a party, we’ve lost it. Even if you cannot do capacity building at least pull the youth along. There is no hope for any young man in the NDC today.”

“What I’m saying is that GHc400,000 for a member as filing fee to be president in a party that is in opposition [is too much]. When he was president it was GHc50,000 and he went unopposed but when we went into opposition he brought it to GHc400,000. So what are you implying? It means you are planting the seeds of corruption in the party because no one has that money.”