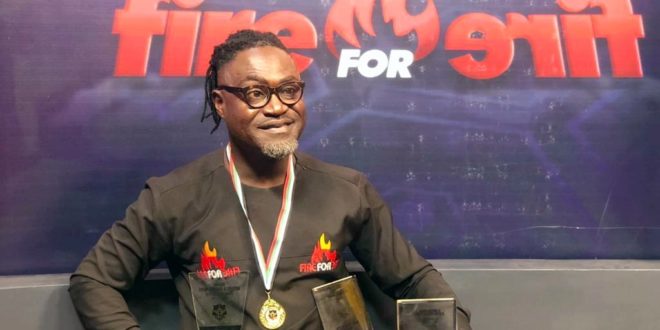 Mahama dodging Court because of the “Idiot” tag – Countryman Songo

Award-winning television and radio personality, Countryman Songo born Patrick Osei Agyeman has revealed that the former President of Ghana does not want to go to court because he does not want to be seen as an idiot.

Prior to the 2012 election petition after the general elections, the General Secretary for the then governing National Democratic Congress (NDC) Mr.Johnson Asiedu Nketiah in an interview said any idiot can go to court to challenge the results of the election.

Mr Asiedu admonished the then opposition New Patriotic Party (NPP) not to delude itself into thinking that it will win the court action against the EC.

He was quoted to have said on Accra-based Asempa Fm “the fact that NPP will go to court is inconsequential because. Any idiot can go to court in a democracy but the onus lies with the judge to determine whether the case has merit”

Currently, the National Democratic Congress(NDC) is faced with a similar situation and is contesting the just-ended election because the party is of the belief that it won the elections but the Electoral Commission rigged it in favour of the sitting government.

The Party says it’s currently auditing the figures they have against the figures from the Electoral Commission and will advise themselves.

Ghanaians including Civil Society Organizations have made vehement calls on the NDC to send their case to the Supreme Court to challenge the outcome of the elections if they have problems with it.

But speaking on his television show on Accra-based Adom TV, Countryman Songo said John Dramani Mahama should take his grievances to court and call his people protesting on the streets to order because the peace of the country is paramount

“If you say any idiot can go to court go to court. For now you don’t want to be tagged as an idiot. In this life whatever you sow that is what you will reap. Respect yourselves please.”