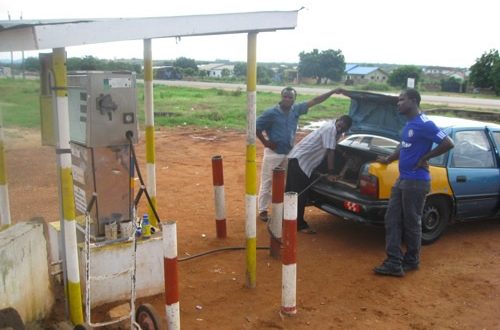 The Institute of Energy Securities (IES) is predicting a considerable rise in the price of LPG on the local market.

In addition, the Institute said it expects the prices of petrol and diesel at the pumps to remain stable.

“This can be attributed to international market variables on the local pump,” said the Institute in its first Pricing-window of September 2019.

Below is the full Statement

Prices of Petrol and Diesel have experienced relative stability over the past couple of weeks in line with oil market fundamentals. The second Pricing-window of August 2019 saw fuel prices remain unchanged at the pump. The window also saw a review of Bulk Oil Distributors’ (BDCs) Forward FX rate (FuFeX) from 60 days to 30 days. Average price for both Gasoline (Petrol) and Gasoil (Diesel) stood Ghc5.12 across major Oil Marketing Companies (OMCs). According to IES Market-Scan, Benab Oil, Pacific Oil, Frimps Oil and Star Oil sold the least-priced fuel relative to other OMCs on the local market.

In terms of world market pricing, average Brent crude fell by 2.15%, due mainly to mixed sentiments and reaction to the escalating tensions between the U.S. and China over trade. Trump escalated the trade war with an announcement of tariffs on additional $300 billion imports earlier this month. Beijing reacted this last week with new tariffs on $75 billion worth of U.S. goods, including a 5% tariff on crude oil imports beginning next week. As a result, average Brent crude price fell from $60.68 per barrel to $59.37 per barrel. According to Standard and Poor’s Global Platts benchmark for fuels, Gasoil average price dropped by 1.17% to close trading at $561.68 per metric ton, from a previous price of $568.30 per metric ton. Gasoline also reduced by 4.2% to close trading at $605 per metric ton from a previous trading figure of $631.53 per metric ton. Whereas Gasoline and Gasoil saw price reductions, Liquefied Petroleum Gas (LPG) price shot up by 14.5% by Platts assessment.

IES economic data shows the local currency experienced a marginal depreciation of 0.09% against the Dollar over the past two weeks. The dollar currently trades at GHc5.49 as against Ghc5.44 in the previous Pricing-windows.

While the Institute for Energy Security (IES) projects a substantial rise in price of LPG on the local market, the prices of petrol and diesel at the pumps is likely to remain stable for the first Pricing-window of September 2019. This can be attributed to international market variables on the local pump. It is evident that whereas Gasoline and Gasoil fell by 4.2% and 1.17% respectively, LPG increased by 14.5%, plus a 0.9% depreciation of the local currency.