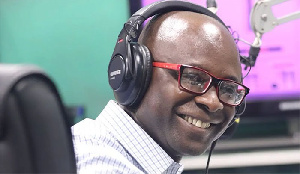 Kwasi Aboagye, the host of Peace FM’s Entertainment Review sits with his panelists to discuss arts and entertainment issues that made headlines this week.

He is scheduled to host Nayas, the showbiz personality who once dated gospel musician Ernest Opoku; and busty video vixen Pamela Odame Watara. Recently, Nayas claimed that contrary to Ernest Opoku’s claim that they had sex once, the gospel musician had several sex escapades with her before they parted ways.

Some of the issues expected to feature on the show apart from the personality interviews are the controversy between Shatta Wale and MOG Beatz over alleged arrears owed the latter by the former.

Also, actress Adu Safowaa’s jab to Delay and a subsequent response from the television presenter will feature. Adu Safowaa had on Rainbow Radio without provocation, vehemently argued that the television personality has achieved nothing despite being in the industry for two decades. She claimed Delay has not been able to acquire a studio despite being in the industry for over two decades.

In response, Delay said: “My job is to interview people, bring in the numbers and make headlines.”

It is anticipated that many will join the discussion after the presenter claimed that the quality of analysis on entertainment shows has reduced.

Although he was chastised for the comment on the basis that he is part of the mess and does not have the moral right to emit such remarks, the radio show host responded that he’s not the standard.

Join the show below. 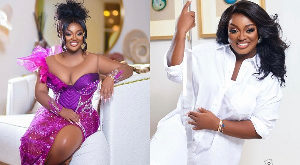