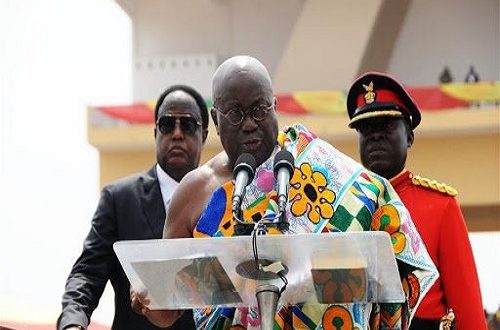 Share
President-elect Nana Akufo-Addo will be sworn in as the next President of the Fourth Republic this afternoon.

Thirteen heads of state have arrived in the country to support the investiture of the ECOWAS Chair.

The President of Guinea Bissau, Umaro Sissoco Embaló and Angola’s Vice President, Bornito de Sousa are among those who arrived ahead of the swearing-in ceremony at Parliament.

Among many other state officials to be present at the ceremony scheduled today include Former President John Agyekum Kufuor, MPs, court judges and the clergy.

Stay tuned to Reportghana for further updates on the swearing-in ceremony.

Previous Osei Owusu, Fomena MP to back Bagbin as First, Second deputy speakers
Next Obour set to cut off dreadlocks on birthday