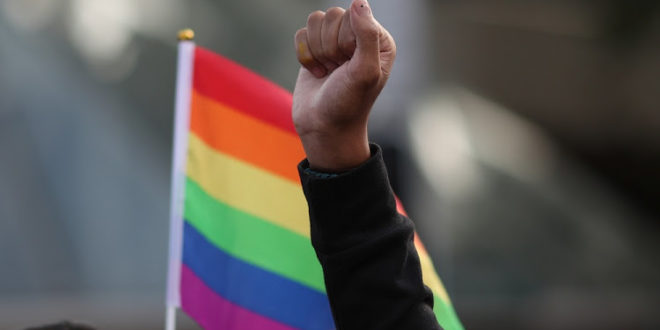 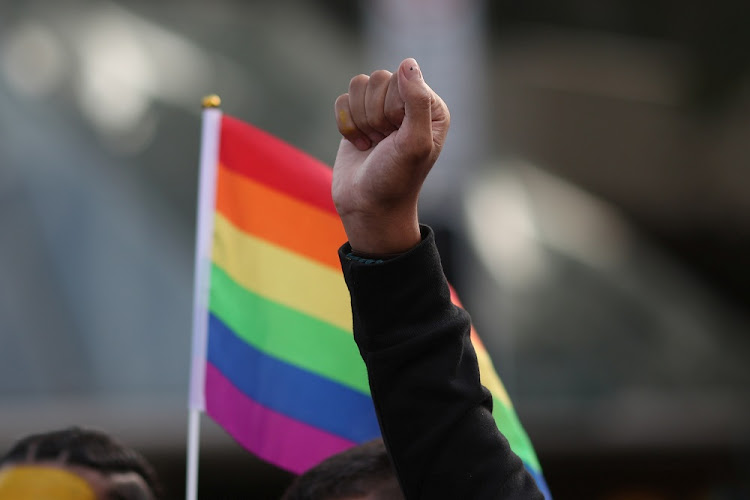 The pain and hurt was written all over his face as he pointed out fresh scars on his right arm, the result of the previous day’s fight he had after being insulted by a drunk neighbour. “I can say my life is hell because of people who don’t want to accept me the way I am. I did not choose to be what I am. It is a difficult existence if you have to fight and argue every day just to be what you are,” he said.

His story is one among endless tales of discrimination against people who form part of the LGBTQIA+ community. In KwaZulu-Natal, as in many places in SA, their abusive treatment is often accompanied by rejection, violence and even gruesome deaths.

Sphamandla Khoza, 34, a call centre agent from Ntuzuma township, about 26km north of Durban’s city centre, is the latest victim in a spate of recent queer hate crimes. Khoza was a proudly gay man whose body was discovered with multiple stab wounds in a ditch near his home on Easter Monday. A person has been arrested for his murder and activists believe that homophobia was the motive for the killing.

Khoza’s killing was a devastating blow to his family, especially his partially blind grandmother, who depended on him for cooking and taking care of her with the money he earned. Ndumiso Ngidi, Khoza’s cousin, said his killers had the audacity to put his shoes on the gate of his family home.

A few weeks before Khoza’s murder, another gruesome homophobic hate crime took place in Edendale township, outside Pietermaritzburg. Nonhlanhla Kunene, 37, was raped and stabbed to death on March 5. The police found the lesbian lying flat on her face and naked from the waist down near the Edendale Primary School.

The Pietermaritzburg-based non-profit organisation Gay & Lesbian Network said the shocking murder showed  that “LGBTIQ+ people in SA are under siege”. “It is really sad that hate crimes and gender-based violence are still part of our daily struggle. We continue to fear for our lives every day,” the network said in a statement posted on Facebook.

Another tragic and brutal murder happened just over a year ago when aspiring musician Lindokuhle Cele, 23, died after suffering more than 35 stab wounds. The knife was found lodged in his eye when his body was discovered in Umlazi township’s K section in February 2020. Mvuyisi Noguda, 32, was arrested and tried. After a marathon trial, the high court in Durban recently sentenced him to 25 years in prison.

The violence, rejection and discrimination cut across all races and religions. Take the case of Kriben Kribashnee, 26, of Welbedacht East in Chatsworth, south of Durban. Kribashnee is a professional dancer who performs at clubs and religious ceremonies. She is training to become a Hindu priest and often performs at local temples.

Though assigned male at birth, Kribashnee has always identified as female and faced transphobia from her religious family members. “I was always with girls, liked cooking and felt uncomfortable around boys,” she said. “One of the relatives rubbed green chillies around my body, saying it will help to ‘heal’ me and make me a straight boy. I never felt so much pain before and I ran to my mother, who called the police and opened a case against the man.

“Some men have touched me and even tried to rape me, but I managed to run away. People call me all sorts of names. But I have learnt to fight back and tell people where to get off.”

A few queer individuals and couples say they have come to understand that the discrimination against them is a fact of life and they are doing their best to “live with it”.

Lizeka Ngubane, 32, and Nonhle Nxumalo, 35, have been living together as partners in Chatsworth’s Bottlebrush shack settlement since 2012. Ngubane is a trainee sangoma and Nxumalo is a factory worker. They say they know that some of their neighbours make snide remarks behind their backs but are scared of confronting them. “We live our own lives and forget what other people say or do,” said Ngubane.

Activists at the Durban Lesbian and Gay Community and Health Centre say they have their hands full with the large number of cases of abuse, but many others go unreported because the victims fear for their lives. The head of the centre, Nonhlanhla Mkhize, says as a result of these constant attacks, members of the LGBTQIA+ community are traumatised and depressed and often require safe houses where they can deal with it.

One such sanctuary is located in a modest house in a township south of Durban. It is run by an organisation called TransHope, which supports the rights of gay, lesbian and transgender people. The location of the safe house is a closely guarded secret because of the danger victims typically face.

Though the current number of residents is much lower, as many as 33 girls and young women were living at the sanctuary during the hard lockdown in 2020. According to Sazi Jali, founder and head of TransHope, they said they had been rejected by their families owing to their sexual orientation and gender identity and needed to receive counselling and the time to process their rejection.

“The situation was so dire during the hard lockdown that we had to find alternative accommodation for the victims,” she said.

Jali initiated TransHope in 2019 after seeing the plight of transgender people like herself in her community. “When I was very young, I discovered that I am a girl. Even my family struggled to comprehend this reality,” she said.

This is confirmed by her mother, Tamara Jali: “Personally, I didn’t know how to treat her. I was brought up in a strict and pious Roman Catholic family and didn’t know how to react. My sisters were better than me because they understood that there are people born like Sazi.”

Jali said during her teens she was raped by a man who told her, “I’m having sex with you because you said you wanted to be a woman. So, I’m giving you what you want.” When she went to open a case at the local police station, the officers asked her what was she wearing that caused her to get raped. “They asked me if I was a boy or a girl. I was sent from pillar to post and I eventually stopped going to the police station.”

While studying shipping at the SA Maritime School & Transport College in Durban, Jali applied for her identity markers to be changed on her official documentation. With a supportive legal team, she managed to file affidavits and her application was successful.

Having been rejected by her local Catholic Church, Jali now worships at Victory Ministries Church International, which holds its sermons at the Diakonia Council of Churches building in Durban’s city centre.

Pastor Zenzi Zungu, 56, said the local church branch was started in 2011 after the need was identified among both LGBTQIA+ and straight people who had been subjected to discrimination in their traditional churches. The branch has more than 200 members in Durban, with others in most big cities in SA.

“Most of our congregants were devout in their churches,” said Zungu. “But pastors often chose verses that discriminate against gay and lesbian and referred to them as demonic. We only worship God. Here people feel free to worship regardless of their sexual orientation. We embrace everyone.”

Tags ARE IN LGBTQIA+ PEOPLE SA siege’ under