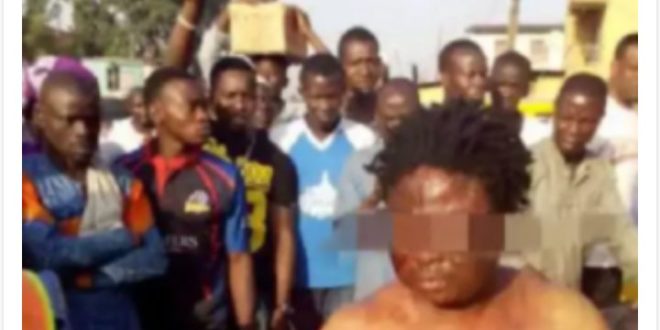 A disgraceful teacher got herself in trouble after inserting her fingers in a young child’s private parts. The teacher, named Zara, is suspected of being a lesbian and was arrested by the Borno State Police Command Center for sexual assault.

Zara is said to be a primary school English teacher at Golden Olive School in Maiduguri. The teacher was arrested while teaching her students in class.

The Borno State Chief Inspector Sani Kamilu announced that the child’s father had filed a complaint against the teacher at the police station for sexually abusing his child.

The boy’s father said his four-year-old daughter started bleeding from her genitals after coming home from school. They rushed the child to the hospital for treatment .

It was at that moment that the little girl revealed the whole truth to them and said that it was her female teacher who put her fingers in her genitals.

A thorough examination of the child at the Umaru Shehu Medical Clinic confirmed that the child had been sexually assaulted.