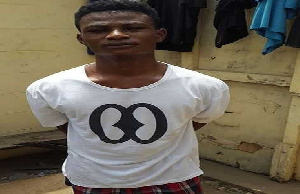 The woes of the two persons hauled before an Accra High Court for allegedly murdering the then MP for Abuakwa North, J.B. Danquah-Adu, have heightened as it appears no lawyer is willing to represent them.

A letter written to the legal Aid Commission seeking the assistance of its director to appoint a lawyer for the two – Daniel Asiedu, aka Sexy Don Don, and Vincent Bosso – was yet to be responded to, more than a month after the letter was received.

On November 27, 2020, Augustines Obuor, the lawyer who had represented the accused persons during the committal proceedings and the early part of the trial at the high court, decided to withdraw his service due to what he described as certain utterances made by Asiedu in a viral video in which he confessed to the crime.

Although the court presided over by Justice Lydia Osei Marfo had doubts about the lawyer’s reasons to withdraw his services, she granted the request.

She subsequently ordered that the Regional Director of Legal Aid be notified about the development so that she could appoint another lawyer to represent the accused persons.

She also ordered that all the documents filed by the prosecution led by Sefakor Batse, a Principal State Attorney, be handed over to the new lawyer.

But on December 16, 2020 when the case was called, it turned out that the Legal Aid Commission was not able to appoint a lawyer to represent the accused as ordered by the court.

Okyere Kumah, a lawyer from the Legal Aid who was in court, told the judge that he was not there in respect of the case involving Asiedu and Bosso but rather another which the court had also ordered the Legal Aid Commission to provide a lawyer for the accused person.

The situation was not different yesterday when the case was called and there was no lawyer available to represent the accused persons.

Although there was a lawyer from the Legal Aid Commission who was in court at the time the case was called, he indicated that he was assigned to a different case and not that of J.B. Danquah-Adu’s alleged murderers.

The situation did not go down well with the presiding judge who expressed worry about the possibility of lawyers at the Legal Aid avoiding the accused persons.

Daniel Asiedu and Vincent Boso are before the court facing a charge of conspiracy to commit robbery while Asiedu is facing another charge of murder.

The two, according to prosecution documents, between February 8 and 9, 2016 both planned to go on a robbery spree armed with a screw driver, a pair of scissors, a sharp knife, a catapult and other offensive weapons.

It said an ensuing misunderstanding led the two to part ways and while Vincent went home, Asiedu continued scouting the East Legon, Accra area and ended up in the deceased’s house.

The brief facts state that Daniel found a ladder in the house and used it to climb into the late MP’s bedroom through the window and began ransacking the room.

The MP was woken by the noise and he struggled with the suspect who stabbed him several times in the neck and chest till he collapsed and died.