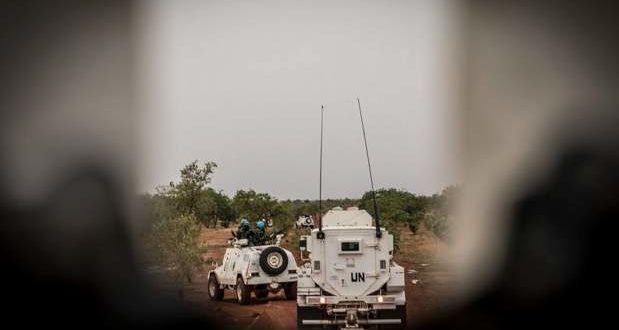 The UN has said three of its peacekeepers in Mali were wounded on Sunday after their patrol vehicle hit a landmine.

“A vehicle from one of our patrols hit a mine this 11 September between Ber and Timbuktu” in northern Mali, the UN’s mission in the country (Minusma) said on Twitter.

“Patrols are one way to provide reassurance and protection to communities from the threats they face,” it added..

The incident came a week after a peacekeeper was wounded in Mali’s northern Gao region after a UN convoy hit a landmine.

Several Minusma personnel have been killed in similar attacks since January.

Relations between Mali and the UN, whose peacekeepers have been in the country since 2013, have deteriorated in recent weeks.

Groups close to the military junta in Bamako have organised protests to demand Minusma’s expulsion.

The Yerewolo Debout Sur Les Remparts (Patriots Standing on the Ramparts) has given the peacekeeping mission until 22 September to leave the country.

Egypt last month suspended its participation in the mission over concern about the security of its troops in the West African country.