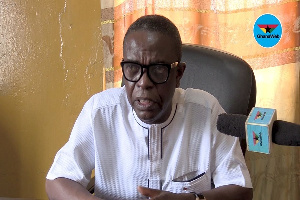 Popular TV show host with Pan African Television, Kwame Owusu Danso has alleged that the criminal activity that was visited on the Kokomlemle office of veteran journalist, Kwesi Pratt Jnr was perpetrated National Security operatives on the others of some elements in the ruling NPP.

In the early morning of Monday, August 17, some unknown persons made their way into the office of Kwesi Pratt Jnr after allegedly using iron bars to disable the doors. A mobile phone and a laptop were made away with.

However, reacting to the incident, Kwame Owusu Danso aka KOD who works at Pan African TV, a station many believed to be owned by Kwesi Pratt Jnr; took to social media and pointed accusing fingers at the ruling NPP.

According to KOD, NPP sent the operatives of the National Security to do whatever was done at the office.

“So Now the solution of the NPP in addressing the many challenges of the Ghanaian people is to send their NATIONAL SECURITY to break into KWESI PRATT’s office!!!”, KOD’s social media comment reads. 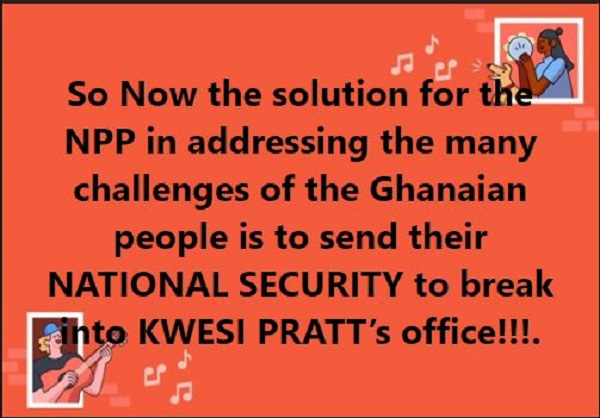