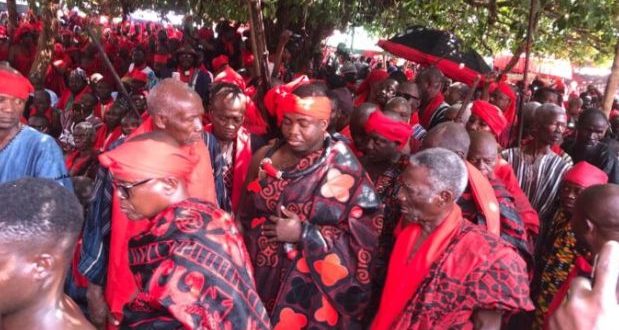 Share
Kpando Municipality, in the Volta Region was thrown into a state of joy when a new Paramount Chief was outdoored at the traditional area on Sunday 6th March 2022.

Preparation for the enstoolment took off on February 27,2022 with the new Paramount Chief being in confinement as he went through the customs and traditions of the Akpini Traditional Area.

The clergy, traditional leaders, other high profiled personalities, government officials and some foreign invited guests graced the occasion which had heavy security presence.

Kpando people are also called the Akpini people; and for close to 40 years there had been chieftaincy dispute in the Akpini Traditional Area.

Elderly men and women, in particular, could not hide their ecstatic mood as they believed that the enstoolment of the new Dagadu would usher the Traditional Area into an era of greatness and beacon of prosperity.

Kpando is near the north eastern arm of lake Volta and borders with Togo.
It is connected by ferry and road to Gbefi, Hohoe, Ho and Dambai, and about a four-hour journey from Accra.

The Volta Lake, which stretches over 20km of the coastal line, demarcates the western boundary. 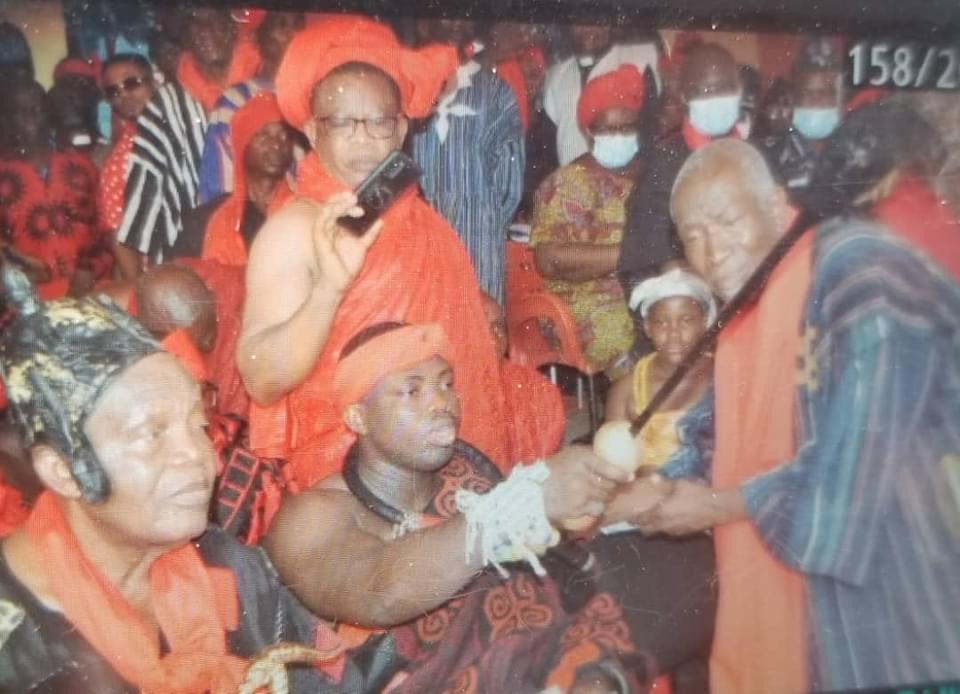 Earlier in a chat with Torgbuiga Dagadu, he noted the area was endowed with resources, full of tourism sites which when harnessed, could change the outlook of the area.

And, pledged an open-door policy and ready to dialogue with all groups for the maintenance of peace for socio-economic development, for the area to reclaim its enviable position among its peers.

He, therefore, appealed to his constituents to embrace peace, which he said was a necessary recipe for development to thrive.

As a strong communicator and a marketer, he strongly upholds the values of integrity, loyalty  and the pursuit of excellence.

He had his senior secondary education at Bishop Herman College in Kpando where he pursued General Science.

During his time in Bishop Herman, he excelled as one of the lead debaters that represented the school in the 46th National Independence Day Debate Competition.

He proceeded to the Kwame Nkrumah University of Science and Technology (KNUST) where he obtained a Bachelor of Science Degree in Agriculture Science.

And, also holds an advance Diploma in Human Resource Management from the Institute of Commercial Marketing (ICM)-UK and a Masters in Theology (Biblical Studies) from the Elohim Theological College and Seminary, Accra.

He is a broadcast journalist, publicist and a writer and doubles as the Ashanti Regional Chairman of the Ghana Association of Writers (GAW).

Also a member of the Ghana Agriculture and Rural Development Journalists’ Association (GARDJA),that champions a number of agriculture-related issues, especially in the cocoa industry.

His 17 years of media professional experience saw him worked with many media organizations including Classic FM, Asta FM, Winners  FM, Globe TV, all in Techiman,in the Bono Region.

As well as Focus FM and Ultimate 106.9 FM both in Kumasi, in the Ashanti Region, to mention but a few.

Currently, he writes for the Business and Financial Times and works as a media liaison for the Kumasi Wood Cluster Association, and also runs a couple of online media platforms.

The Paramount Chief has also worked with Millennium.