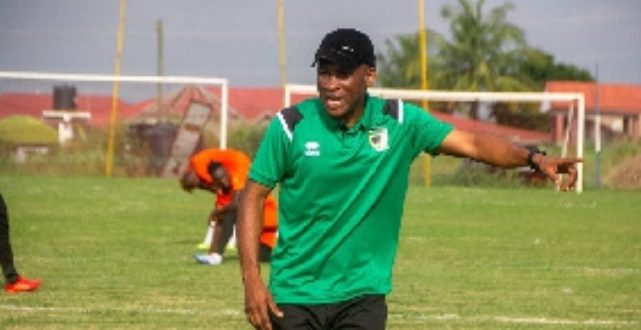 Share
Asante Kotoko coach Dr Prosper Narteh Ogum said he would take the Black Stars job if he gets the chance at the right time after being suggested by former Ghana Football Association president Dr Nyaho Nyaho-Tamakloe for the top job.

Dr Nyaho-Tamakloe, a member of Hearts of Oak Board of Directors, spoke highly of Ogum in a recent interview while analysing the appointment of Otto Addo as Black Stars head coach.

“Otto Addo, I don’t know him, and I have nothing against him but he neglected the boys when he was [supposed to have been] a part of the team [for Afcon], and such a person to me hasn’t got a passion for the Black Stars,” Nyaho Tamakloe said on Gtv Sports Plus.

“I will suggest that we give a local coach, in the person of the trainer of Asante Kotoko coach Dr Prosper Ogum [the opportunity].”

He told StarTimes, “I think probably he sat from afar and he has seen what I’m doing and per his astuteness, I mean we know him to be following football over a decade as a season football administrator, so I think per his experience and per what he has seen about me and been there as a former FA president, been with the Black Stars and knowing what the dynamics of what goes in at the Black Stars, probably that is what is making him take that informed decision about me.

Prosper Narteh Ogum is the assistant manager of the Black Stars B. He was appointed coach of Kotoko at the beginning of the season and has managed to change the fortunes of the club as they currently lead the 2021/22 league table with 36 points from 16 games.

Kotoko face Hearts of Oak next week in their final game of the first round.

Previous Barker-Vormawor has been on hunger strike since his arrest – #FixTheCountry
Next 2021: Some major highlights worth noting