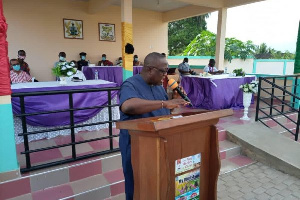 The Komenda Sugar factory took a centre stage at a parliamentary debate organised for aspiring Paramilitary Candidates (PC) to share their vision to the constituents of the Komenda-Edina-Eguafo-Abrem (KEEA) constituency.

The aspirants expressed their disappointment about the malfunctioning of the sugar factory since its commissioning in 2016, which would have created jobs for the unemployed youth not only in the Constituency but the whole of the country.

The debate was organised by the National Commission for Civic Education (NCCE) to promote issue-based campaigns to enable the electorates make informed decisions with funding from the European Union (EU).

The sugar factory was revamped and commissioned by former President John Mahama in 2016, but had since encountered lack of adequate raw materials for the factory to operate at its maximum capacity, leading to it being shut down.

The factory if operationalised, is expected to drastically reduce the importation of sugar and create jobs for people in the industry in every part of the country.

Mr. Samuel Atta Mills, PC for the NDC, said it was only the NDC that could revive the factory and implored the constituents to vote massively for the Party in the elections to do so.

“We constructed the factory and we know what to do to get it working again. That is why you have to vote for the NDC for us to come and revive the factory and that of the fish processing factory in Elmina to create jobs for the youth,” he said.

Dr. Samuel Joe Acquah, PC for NPP, said the factory will take-off in the first year of the next NPP administration, adding that the government had already secured strategic investors who were preparing.

For his part, Mr Abu-Bakr Sadiq, PC for GUM also stated that his Party would do all in their power to get the factory working to provide jobs for the people especially the youth.

Mr Sterling of the PPP expressed worry about the manner in which the Komenda Sugar factory had been handled and said the PPP with the track record of establishing industries, would ensure that the factory came back to life.

On roads, which was a major concern for the constituents, Mr. Sterling said he would collaborate with the government and contractors to facilitate speedy completion for students and pregnant women to have smooth, safe and sound journey to their destination.

Dr Acquah of the NPP said through his lobbying, construction works had started on three major roads in the Constituency, including Ayensudo and Ampenyi.

He in this regard, promised to lobby for the improvement on infrastructure in schools, institute award schemes and scholarships to encourage more students in the Constituency to access higher education.

On job creation, Mr Atta Mills said the NDC would support the youth to learn a trade though the apprenticeship programme outlined in its manifesto, where beneficiaries would be given some allowances while learning trade.

Dr Acquah highlighted his vision to include dividing K.E.E.A to become a district capital, create jobs for the youth, provide enough support to the vocational institutions and ensure that the basic students excel tremendously in the Basic Education Certificate Examination (BECE).

The PC for GUM said he was committed to creating jobs for the youth, address the challenges of farmers and fishermen and provide better leadership for the Constituency. 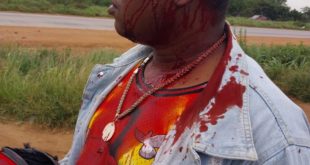 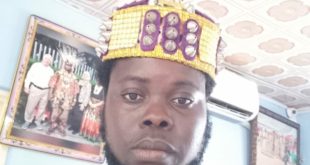 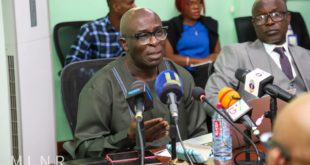 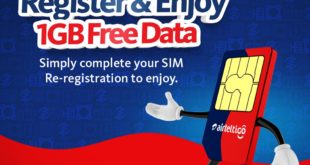 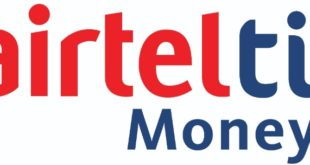