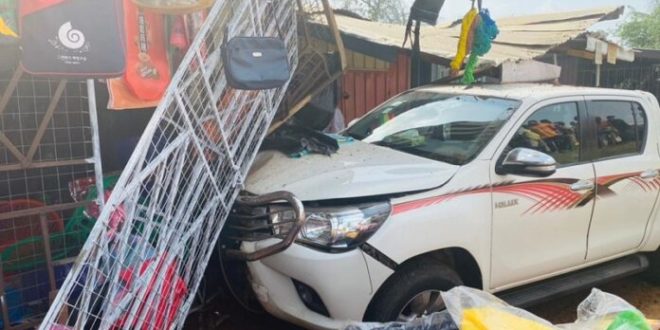 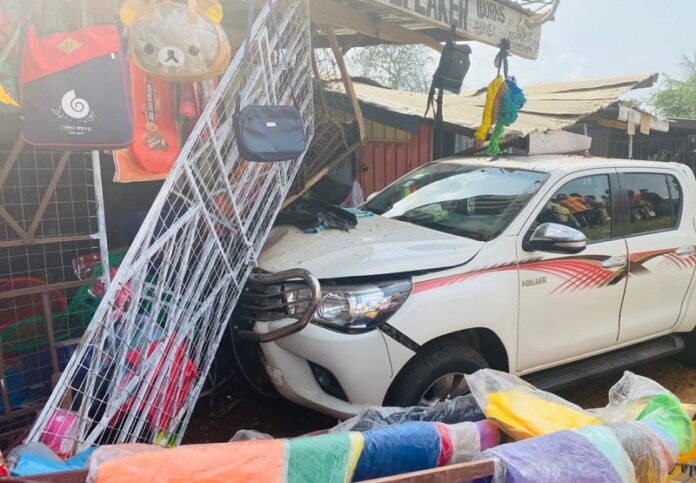 A 10-year-old class four (4) pupil Osei Owusu Kuffuor has been knocked down to death by a vehicle at Koforidua -Oyoko in the Eastern Region while returning home from school.

Information gathered indicate that the victim was knocked down by a Toyota Hilux pick-up vehicle with registration number GN 4872-16 which was being driven by a 61-year-old man-Isaac Rexmond Nti with one person onboard from Kumasi heading towards Adenta using the Koforidua route.

On reaching Agonaba junction on Oyoko stretch of the highway, the vehicle knocked down the victim Osei Owusu Kuffuor, a pupil of SDA Preparatory School who allegedly crossed him from the offside lane killing him instantly.

The impact of the accident forced the vehicle to veer off the road and eventually rammed into a nearby container shop at the roadside. Fortunately, no casualty recorded.

The acting Public Relations Officer of the Eastern Regional Police Command Sergeant Francis Gomado, confirmed the incident to Kasapa News. He said, the driver reported himself to Oyoko Police station and was arrested and detained to assist investigation.

The accident vehicle has been impounded by Police.

Meanwhile, the body of the deceased has been deposited at St Joseph’s Hospital morgue.