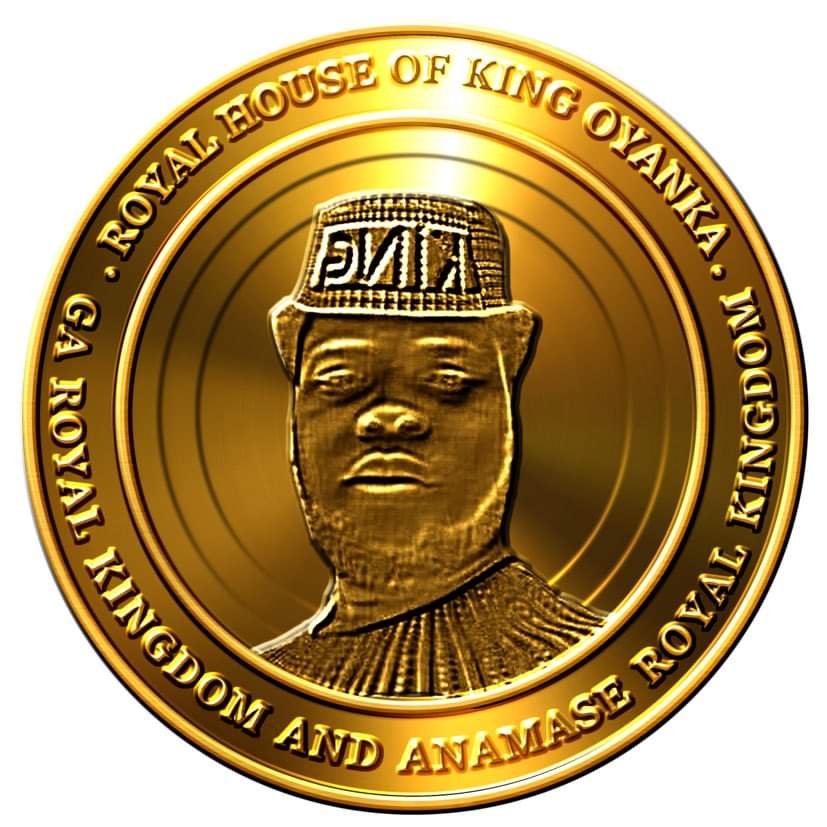 Since May’s remote enstoolment of Laremy Wade, now known as “Nii Adama Djata” and last week’s enstoolment and coronation of Michael Sheffield, now known as “Nii Kenkeenfior”, King Oyanka has been working tirelessly to create an international plan of alternative funding utilizing new fintech opportunities within the cryptocurrency and Forex international sectors. Within the last few months, King Oyanka and Nii Kenkeenfior laid the groundwork by establishing “Nibiru-Oyanka Management LTD”, an asset management company that has been approved for digital crypto banking and other financial engagements. 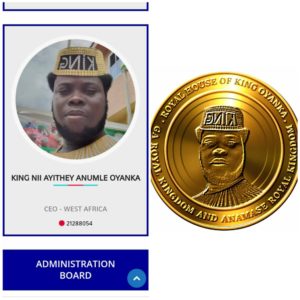 This gesture enabled a multi-phase cryptobank and several other websites geared toward this goal that were created by Nii Adama Djata to be moved into a geographical territory that would be more conducive to the implementation of cutting edge ideas to counteract economic difficulties that have plagued the territories. After the a restructuring of the ecosystem domains and servers to reflect it’s new home in the Abola Piam/Anamase Kingdoms, by June, Nii Adama Djata initiated a proposal to King Oyanka, creating a new type of instrument that would be hosted on two cryptocurrency blockchains and would solve the problem of land dispute, asset distributions, while bearing traditional ancestral reverence that has not been witnessed in hundreds of years. The “GLU” or “Gold Land Unit” note was created on the Bitcoin and Counterparty Blockchains and approved by both the Abola Piam and Anamase Royal Councils on June 26, 2021 and is currently under review with the Central Bank of Ghana. Currently, 4,000 of the GLU Abola Piam Notes are being physically printed first where they will be available from the new Royal Exchange Post, which is the Mufakir Tahid International Trust of King Oyanka who is Trustee.

Back in August, there was an article that was published by Ghana’s “The Conversation” media outlet that states: “Ghana’s land acquisition process generates conflict. Blockchain offers a solution”. It seems as though there are impersonators from the European region that want to take credit for this ingenuity, but the newly appointed Chiefs and King Oyanka have already manifested this technology, as can be seen currently on both Counterparty and Bitcoin Blockchains. It goes to illustrate the benefit of such technology, no one can make a claim as being the originator when there is a publicly verifiable timestamp.This Re-addresses King Oyanka’s desire to limit dramatically the amount of European influence over the resources of the traditional kingdoms. In this case, they are literally, “a day late, and a dollar short”. 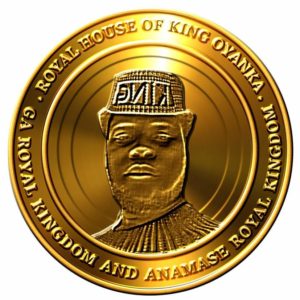 A month prior to the release of the article, on July 22, Nii Adama Djata arranged another project to instigate a global campaign of working with Foreign Exchange Brokerages by the use of his self created robotic trading employees also known as expert advisors. With the use of these “robotic employees” gaining new horizons for financial opportunities from interbank trading and robotic software sales revenue. The proposal from Nii Adama Djata states: “These bots, also known as A.I. bots or expert advisors can calculate and make modifications to trading strategies faster than the human brain is able to execute. Many schools of thought have said that it is impossible or it is highly inadvisable to trade with a trading bot, but we have proven this wrong with over 13 personally created trading bots and over 33,000 trading bots that are owned, we have managed to optimize bots that were not working. Now, those bots work along with the custom created bots of our facility.We have verifiable trade reports that range from 2009 to the last trading week (7/22/2021) that show the profitability and accuracy of foreign exchange account trading with high frequency, broker diversity, and volume. With a facility in full scale activity such as this one, the concept of “printing new money” is realized by the volume of successful trades that are settled within the global interbank markets connected by international prime brokers utilizing this automated settlement processing and calculation. With the boom of the online job market, the concept of forex trading has become very appealing and is in high demand. The concept of having a robot do the work for you has driven an even more fanatical market of thousands of robotic trading groups to manage funds worldwide. Many of them will have sub-par trading devices and will eventually lose participation, this can be where we bring relief to the governments, groups, brokerages, banks, and particular institutions. We can provide this high frequency automated solution to investing that has a proven track record.With this facility in full use, we can increase the interbank cash production volume of any Government or Institution. Tested and currently working for an Investment Firm in the United Kingdom.The robotic software can be purchased or leased to fit any budget as there are varying tiers of bots to suit each budget. This can be a good proponent of a community enhancement  project.” 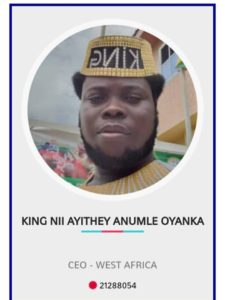 Shortly afterwards, Nii Adama Djata solidified relationships within 5 different countries worldwide and now has secured over $700,000.00 under robotic management which will yield a 10% bi-weekly revenue of all profits made within the management accounts. The other revenue will be used to pay for the full acquisition of the initial principal that was loaned. Simultaneously, Nii Kenkeenfior had established a liquid investment relationship with a cryptotrade company in the Dominican Republic. Both of these relationships would come to assist in last minute expenses that were incurred for this past week’s Coronation of U.S. Dignitaries and Homowo Festival expenses, making a reality out of the necessity to use alternative tech investments as a means of restabilization of traditional territories and a chance to have great acknowledgement in the global markets. If projects like this continue, we can look forward to major Growth Coming from the Council Territories of King Oyanka and his newly appointed Development Chiefs.