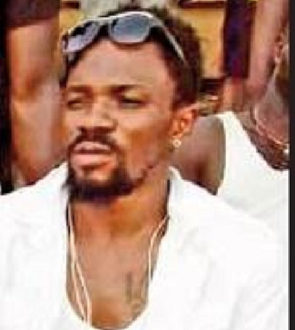 It has emerged that Wasihu Idrisu, the slain National Democratic Congress (NDC) vigilante in Kumasi, allegedly had a verbal confrontation with the bodyguard of NDC Member of Parliament (MP) in the Ashanti Region.

The mother of the deceased, who is fondly called Abu by the family and neighbours, threw the bombshell, claiming the purported confrontation happened last Saturday prior to her son’s untimely death on Monday.

During the heated exchange between the bodyguard and Wasihu, the bodyguard reportedly left angrily, serving notice in Hausa that ‘we shall deal with you.’

The deceased’s mother told Zuria FM, a Hausa-speaking radio station in Kumasi shortly after the murder that the bodyguard whose name she gave as Baba Idi travelled to Wasihu’s house last Saturday.

She alleged that he met Wasihu and another guy engaged in a heated argument and after sometime he intervened and told Wasihu that they would deal with him (Wasihu).

Speaking to Shola of Zuria FM, the mother of Wasihu said, “I will point at Baba Idi as one of those who should be questioned about the murder of Wasihu. He is the bodyguard of the MP because before the murder, he came into the house and met Wasihu in an argument with somebody last Saturday.”

“He intervened and told Wasihu that he was too loud and that they would deal with him; that was what Baba Idi told us,” she alleged.

The mother explained further that “Baba Idi came to the house in an angry mood. I don’t know him before. He turned to Wasihu immediately and told him not to raise his voice against him to which Wasihu said ‘I am not raising my voice against you. You asked a question and I am answering you. Calm down and listen to me.”

“Baba Idi again told Wasihu that he was a pain to many people around and that they would deal with him. He said his name was on the lips of many people.”

“I heard Wasihu ask Baba Idi to show him whom he had wronged or insulted?”

According to Wasihu’s mother, Baba Idi immediately removed a handcuff and threatened to handcuff Wasihu.

“But Wasihu dared him and said that 10 of them cannot handcuff him. He said he had previously faced tougher persons, including Boakye and came out unscathed. Baba Idi then told him, we shall see!”

“At this stage Baba Idi left our house but as Wasihu tried to follow him I told him not to and let him go away with his troubles.”

The deceased’s biological sister called Mother had earlier told the radio station that Baba Idi should be questioned by the police over the murder of her brother.

According to her, “When he came to the house last Saturday, he met Wasihu in a heated argument with another person and quickly joined. He told Wasihu that he was troublesome and worrying everybody in the neighbourhood and that they would deal with him.”

Earlier reports in Kumasi indicated that Wasihu’s mother was a dyed-in-the-wool NDC member who died few months ago during the party’s event.

However, DAILY GUIDE’s checks revealed that it was untrue and that it was rather a junior sister of Wasihu’s mother who died when she reportedly shouted in ecstasy to welcome former President John Mahama.

She collapsed and died at the Central Mosque in Kumasi few months ago.

He was shot and killed at the NDC Ashanti Regional Headquarters, Amakom in Kumasi last Monday.