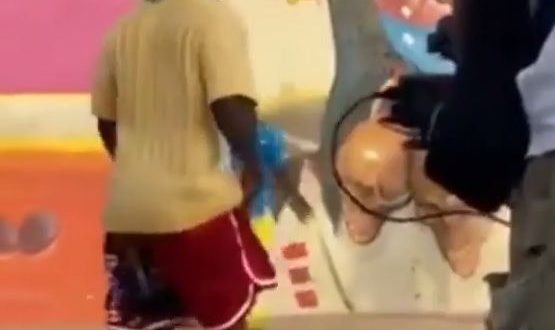 Share
Award-winning American rapper, Kendrick Lamar, appears to be having a lot of fun during his stay in Ghana

Asides from the main motive of promoting his album, the rapper has been spotted at several public places engaging fans and some Ghanaian showbiz stakeholders.

Earlier, the rapper was captured in a viral video, having lots of fun at the listening session organized by Spotify for his new album dubbed ‘Mr. Morale & the Big Steppers’.

Not long after, the Compton rapper has again been spotted on social media happily playing soccer with some of the young men in Jamestown, Accra.

After the soccer game, the Grammy award winner took turns taking photos with the young men he played with.