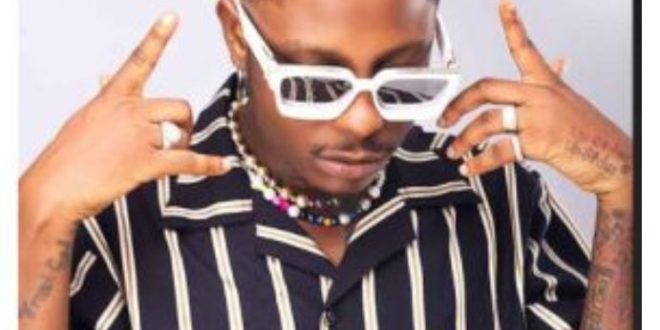 Share
Kelvin Brown, aka, Kelvyn Boy, an afrobeat singer, is likely to face fresh charges after assaulting his baby Mama for the second time.

At an Adentan Court on Friday, the prosecution, led by Chief Superintendent of Police Patience Mario, alleged that Kelvyn Boy had assaulted his baby mama again and that the Police had a medical report to that effect.

Soon after the prosecution informed the Court about the second assault case, Kelvyn Boy dressed in mauve coloured up and down outfit, bowed and shook his head and placed his hands behind him.

The accused was in court without his lawyers. A few friends accompanied him to court.

At today’s sitting, the Court presided over by Mrs Sedinam Awo Balokah re-directed that the afrobeat singer and his baby mama go back to the Court Connected Alternative Dispute Resolution (ADR).

This is because issues involving rent, child maintenance and school fees among others had not been addressed during the court connected ADR Process.

Additionally, the Court noted that the Mediator confused the marital status of the accused and the complainant indicating they were married but the two were not.

The Court, therefore, asked the parties to go back to the ADR process and report back to the court on April 13.

However, soon after the court session, the Police picked him up in relation to the second case and escorted him out of the court premises.

Kelvyn Boy in February 2022 appeared before the court for allegedly stamping his baby mama’s ribs using an iron rod to hit her back and right-hand several times.

Chief Supt. Mario said the complainant, Deborah Kponyi, a trader, and the accused had been in a relationship for more than 10 years and had two daughters.

The prosecution said the “relationship has been full of abuse.”

It said the accused and the complainant used to stay together but the accused packed and left the house.

It said one of their children fell sick and needed medical attention, so the complainant contacted the savings and loan company where they saved money but was told the account was empty.

The prosecution said the complainant tried to reach the accused on the phone to confirm the information and inform him of the need to take the sick daughter to hospital for medical attention.

It said the complainant could, however, not reach him.

The prosecution said fortunately, she saw the accused’s vehicle passing and she trailed the car and later realised that it was a lady who was driving it.

The prosecution said the accused allegedly pushed the complainant out of the house and used an iron rod to hit her back and right hand several times until she was rescued by a motorbike rider who took her there.

It said a few minutes later, one Kelvin, a worker at the complainant’s shop called to inform her that the accused had allegedly come to the shop and made away with her speaker Nasco32-inc TV set and two chairs valued at GHC5,500

Previous Tipper truck tyre burst cause of the fatal accident that burnt 14 persons – REPORT
Next Asakaa: How drill music found a new home in Ghana