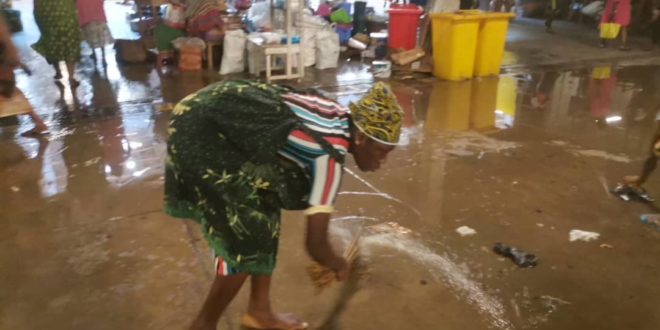 Parts of the New Kejetia Market in Kumasi in the Ashanti Region have once again flooded after some pipes in the facility burst, leading to the destruction of the goods worth  several million of cedis.

Trading activities in parts of the facility once again halted after water from some burst pipes flooded several shops within the market Wednesday morning.

The pipe burst which according to the traders is the seventh time in the last six months flooded the market, leading of goods in ruin.

Over 20 lockable shops were seen drenched in water after the incident on Wednesday July 20, 2022.

OTEC News Kwame Agyenim Boateng reported that some of the affected traders who have lost their wares for the fourth time to the pipe burst at that particular place where the incident occurred today were crying their hearts out.

The traders bemoaned that, the consistent pipe bursts have been woefully affecting their businesses.

They are thus urging the management of the facility to take pragmatic measures to ensure that such appalling incident will not occur again.

Meanwhile, the Organizer for the Combined Kejetia Traders Association Patricia Acheampong said the recurring floods are negatively affecting the traders.

“This is not the first time such incident has happened as at least it comes the seventh time this year.

“Our members are very angry, that’s why we are demanding from city authorities to compensate them to waive off the huge losses the pipe bursts have been causing them”. She said. 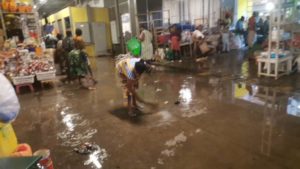 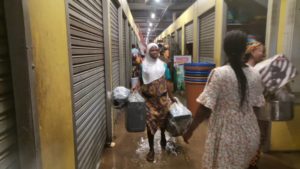