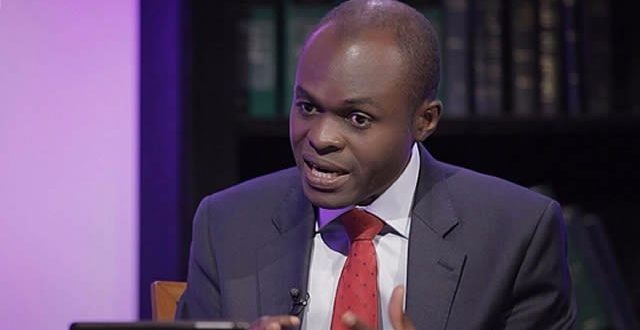 JUST IN: Date to legalize same-s*x marriage in Ghana reveals

A private Legal Practitioner, Martin Kpebu has dropped a hint of the possibility that Ghana will legalize same-s*x marriage in twenty years to come.

He told a section of Ghanaians especially the clergy, Civil Society Organisations (CSOs) and individuals who are against a man marrying a man or a woman marrying a woman to stop dreaming because by then the country will not be able to stand the international force exerted on it.

Mr Kpebu who is so sure that the country will legalise same-sex marriage, said it’s just a matter of time and Ghana will be part of the countries that have legalized the marriage regarded by some people as a taboo and evil.

“You think in 20 years we would not have legalized same sex marriage; we can’t stand the force. It’s just a question of time… So those who are very sensitive to it will eventually get desensitized,” he predicted at a workshop organised by the Commonwealth Human Rights Initiative (CHRI) monitored by MyNewsGh.com.

He wondered why the decision by two consenting adults of same sex to engage in unbridled sexual activities have become other people’s burden.

“What two adult people do in private, why is it another man’s business,?” he asked.

He said a move by the government in 2039 not to legalise same-sex marriage will amount to violations of human rights of gays and lesbians.

The private Legal Practitioner called on the Akufo-Addo’s government to legalize prostitution and tax them rather than living them at the mercy of police.