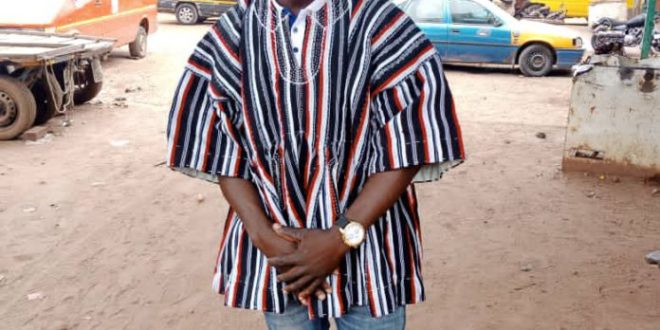 Journalist crushed to death on his way to work

A Ghanaian journalist at Gyimah FM located at Yeji in the Bono East Region has passed on.

The presenter, identified as Peter Asabese (Efo Gbagamalo), was crushed to death by a ‘pure water’ truck.

According to reports, he was on his way to work when the unfortunate incident occurred.

Information gathered indicates that the truck with registration number As 7953-10 which was overtaking a tricycle rammed into the motorbike the presenter was riding.

Peter Asabesi was rushed to the St Mathias Hospital at Yeji and he was later transferred to the Komfo Anokye Teaching Hospital where he passed on.

Until his demise, he was the mid-morning show host for Yeji-based Gymiah FM.

Peter had previously worked at Alive FM, also in Yeji.