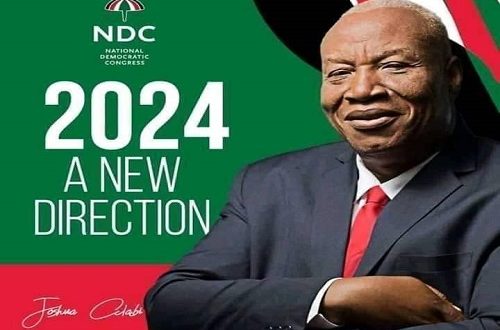 The flyer which has currently gone viral on Facebook groups and whatsapp groups gives an indication that the seasoned academic will want to lead the NDC in the 2024 election.

The theme for his campaign is purported to be “New Direction”; an indication that he wants to redirect the focus of the NDC.

MyNewsGh.com cannot however, independently confirm if the one time aspiring flagbearer and campaign manager for John Dramani Mahama in the 2020 election is behind the flyers currently in circulation on social media.

Meanwhile, the NDC is currently going through turmoil after their Members of Parliament are said to have defied party position to approve Ministers-designate.

The Party’s Communications Director has blamed the Speaker of Parliament, Minority leader and Minority Chief Whip for pushing their selfish agenda in Parliament after they have been put there by the NDC.