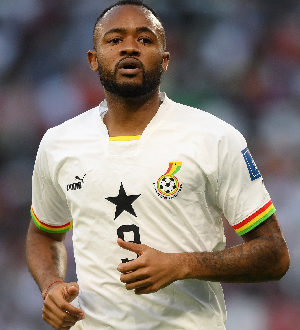 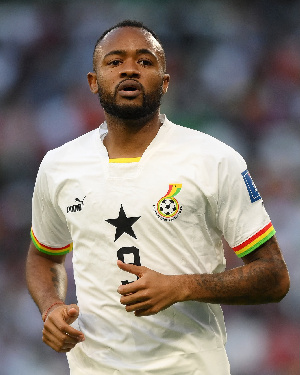 Black Stars forward, Jordan Ayew is in the social trends after his blistering performance in Ghana’s game against South Korea in the 2022 World Cup.

A cross from Jordan in the 24th minute found Mohammed Salisu who scored Ghana’s first goal in the match from a corner kick.

Exactly 10 minutes later, Jordan won another free kick after he was brought down on the right flanks.

The Crystal Palace forward later effected the free kick with a cross which found Kudus who scored to make it 2-0 for the Black Stars.

Ghana went into halftime with a 2-0 lead over South Korea at the Education City Stadium.

This is the second match for Jordan Ayew after coming on as a substitute in the first match.