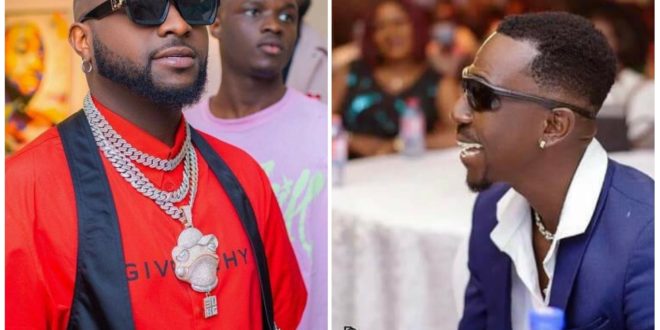 Mr Kennedy Antoh, the manager of a former militant of the Shatta Movement Joint 77 has hinted that his artist will be hitting the studios soon with Award-winning Nigerian Musician and Songwriter Davido on his upcoming project.

King of All Perfumes as he is affectionally known in the showbiz circles in an interview noted that Joint 77 will also conquer the globe with his songs hence embarking on such projects.

“Joint 77 is a household name in the entertainment industry in Ghana so being his manager I have to ensure that his coming back will be massive and groundbreaking”.

According to him, Joint 77 right after featuring Davido on his upcoming project will furthermore work with Patoranking and Burna Boy.

“We are also in talks with renowned musicians like GRAMMY Award winner Burna Boy and Patoranking for another upcoming project. Joint 77 when it comes to music has seen it all so he working with both musicians will be a banger”, he added.

It would be called that after Mr Kennedy Antoh took over as the manager of Joint 77 he initiated a collaboration between Nero X titled Conqueror.