Former President John Dramani Mahama and his wife, Lordina on Sunday afternoon visited Mrs. Matilda Amissah-Arthur and the family to commiserate with them on the death of his former Vice President, Kwesi Bekoe Amissah-Arthur.

Mr. Mahama who was out of the country on official assignments when the sad news occurred on Friday, cut short his trip and returned to Accra on Saturday.

Accompanied by some senior officials of the Flagstaff House during his tenure, former Ministers of State and some National Executives of the National Democratic Congress (NDC), president Mahama consoled the widow and family, signed the Book of Condolence and eulogized his former VP.

Speaking to the family and later to journalists, the former President noted that “Paa Kwesi was not only my Vice President, we had worked together for a long time from when I was the Deputy Minister for Communication and he was the Deputy Minister of Finance. When Professor Atta Mills nominated me as his running mate, Paa Kwesi was instrumental in helping to raise funding and financing for the campaign. He was made the Governor of the Bank of Ghana. That was when I got even closer to him because he was the Governor of the Bank of Ghana and I was the Chair of the Economic Management Team and so at all the Economic Management meetings, we discussed how to handle the economy.”

“He served with distinction, he was a perfect gentleman. Indeed people say I have the same disposition as him and so they wondered how two gentlemen could govern a country, but I must say that his experience and a lot of practical knowledge he has in project implementation made us able to achieve within four years, some of the successes that we achieved as a government.”

The former president also prayed for strength for the deceased’s wife and family. 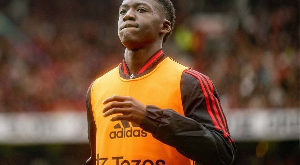