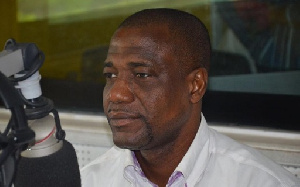 Jacob Osei Yeboah, commonly known as JOY, an independent presidential candidate in the 2012 and 2016 elections, has described the former late president, Jerry John Rawlings, as an epitome of transformation.

He said this is for the fact that many people thought that Rawlings was not a man who believed in democracy, but he was the one who eventually spearheaded the most stable democratic era we have enjoyed in the country for decades.

He made these known in his tribute to the former statesman who died on November 12, 2020, at the Korle Bu Teaching Hospital, in Accra after a short illness.

He spoke of how Flt Lt Jerry John Rawlings understood the tides and the times he was in, and how he adjusted to them, which is what led him to embrace democracy for Ghana and stick to its tenets.

“Studying him from afar with mostly Pan-Africanist mindset, JJ might have believed in a form of governance or a democracy that we as Ghanaians and Africans could have carved for ourselves,” he stated, as reported by graphic.com.gh

He further stated that just as the former president shared great virtues of his life with all, we should also be able to emulate those traits, enhancing the principles of liberty.

On what he believed was President Rawlings’ greatest legacies, he said that it should be the need for Ghanaians to uphold and espouse “the mantra of true probity, accountability, transparency, and social justice.”

JOY added that the death of Rawlings earmarks the dawn of a new generation of leadership that should center on human development.

“Let’s explore a governance system that is akin to our self-understanding and self-realization of who we are as Ghanaians,” he stated.

Jerry John Rawlings was buried at the new Military Cemetary in Accra and is survived by his wife, Nana Konadu Agyeman-Rawlings, and their four children.