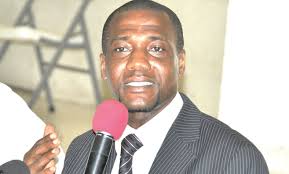 The 2012 and 2016 Independent Presidential Candidate, Jacob Osei Yeboah popularly, known as JOY 2012 has called for National debate on the upcoming referendum scheduled for 17th December, 2019.

According to the Presidential hopeful, the debate would give prospective voters the opportunity to evaluate the negative and positive effects of the referendum to enable them vote properly.

“I call on H.E. Nana Addo for a national debate so we can explain ourselves in clear terms for Ghanaians to make informed decisions. We do not want Brexit type of referendum in Ghana. Let me use this occasion to thank all Ghanaians who have awakened up from the Presidential hypnotic Yes Vote but have decided to Vote No or to boycott the referendum on 17th December, 2019.  Your vote is your wisdom and the peace you want and what you pray for (as Christians, Muslims, traditionalists) at the District level”. He stated.

The Constitution requires a turnout of 40% of the electorate, with 75 percent of the turnout voting ‘yes’ for the repeal of Article 55(3) to be successful.

It has, therefore, asked Ghanaians to vote “No” in the December 17, 2019 referendum which seeks to amend Article 55(3) of the Constitution to allow political parties to partake in local level elections.

This decision was President Akufo-Addo’s promise to ensure a shift from the current system of appointing MMDCEs which some have argued makes a President too powerful and prevents MMDCEs from being directly accountable to the people.

The government has begun a campaign to encourage involvement in the upcoming national referendum on the election of MMDCEs by universal adult suffrage.

READ THE FULL SPEECH BELOW

Nana Chairman, let me take this opportunity to analyse the 17th December, 2019 referendum from the perspective of Emotional Intelligence and the new Ghanaian who is called the Citizen.

The Referendum is not about any political party (NPP or NDC or IPS) or any individual (Nana Addo, John Mahama or Jacob Osei Yeboah). It is about an answer to a question; an answer to be given by a well-informed Citizen.

Most Ghanaians want their MMDCEs to be elected by themselves rather than by the partisan appointment of the President as stipulated in article 243(1) of the 1992 Constitution. We can achieve this objective by amending article 243(1) which is NOT entrenched. This means Parliament can amend without any costly referendum that will cause us to borrow from foreigners. If Parliament does the amendment, it reinforces the letter and spirit of the 1992 constitution to protect the governance at the districts’ level from Partisan Polarisation, winner-takes-all, vigilantism, cronyism, corruption and lawlessness as we’ve all witnessed for the past 27 years in the 4th Republic.

So, the new Ghanaian and citizen has to take the decision to prevent these acts of vigilantism, corruption, lawlessness to claim the lives of the next generation as it has done in the past.

Fellow Ghanaians, ladies and gentlemen, Parliament has almost completed all due process to amend article 243(1) and so there is genuinely and patriotically NO NEED for a referendum on 17th December, 2019. The ambiguous scenario is whether Parliamentarians made up of NPP and NDC, will vote to amend article 243(1) for election of MMDCEs. How can the electorates force Parliament to vote for the election of MMDCEs? This is the prime objective that should be implemented at all cost for Ghanaians.

However, Ladies and gentlemen, another radical thought arose that says we want political parties to directly sponsor MMDCEs and Assemblymen or Assemblywomen! The bases of this thought cannot be substantiated with conviction. Also, per the 27 years of the 4th Republic experiences, this thought is totally flawed when you look at the dangers of partisan politics at the national level. Except it’s understood or rationalised from the point of view of self-egoism, greed, power to control resources, to destroy the influence of chieftaincy subtly for political parties.

To pursue this radical thought will require the amendment of entrenched articles 55(3) and 248 in the 1992 Constitution of our democratic experiment. Article 55(3) is entrenched and would require a referendum in order to amend the protection, unity, development focus it gives to Ghanaians and respect for our Chiefs by Political Parties at the Districts and Communities levels. But why should Ghanaians Vote Yes to amend Article 55(3) to destroy the peace and stability our democratic experiment had achieved within the subregion and on the Africa Continent? Because at the National level where we have Political Parties election, we’ve witnessed brute wickedness of vigilantism, unrepentant proud thievery, lawlessness, killings, cronyism, dysfunctional democracy etc which are destroying our national core values and moral fibre.

For the President, H.E. Nana Addo, to campaign for YES to imply acceptance of election of MMDCEs is the most unfortunate deception to ever come from the first gentleman and legal luminary of our nation. For the sitting President of Ghana to attempt to deceive Ghanaians, on a Government’s platform is an impeachable offence that smacks the Presidential Oath with impunity. For the records, the president Nana Addo opined at the 30th anniversary celebration of the Akatsi District Assembly, on Monday, 4th November, 2019, “the District Assembly concept has led to the enhancement of participatory involvement of our people in their local government (yes!). Now, it is time to deepen the process that was began 31 years ago, and entrust to the people full sovereignty over the election of the MMDCEs and members of the District Assemblies (Yes!).  It is time to strip the veneer of non-partisanship away, and look at the reality, which is that they are multi-party and partisan(No!). We want to bring democracy to the local level a step further, and entrust to the people the right to select directly themselves their MMDCEs as well as their MPs, and do so in an open, transparent, and partisan multi-party basis (no,no!).”

Nana Chairman, it may be acceptable for the President, H.E. Nana Addo to campaign for his belief for a “Yes” vote, but I found it puzzling the President himself is confused of his stance which is against what Ghana began 31 years ago.

What the President is proposing is rather a complete paradigm shift from the local government concept developed by former President Rawlings. For a President and legal luminary to connote democracy at the local level to mean elections of MMDCEs, is dishonest. Moreover, for the same President who promised to protect the public purse, to now have the audacity to hugely borrow and spend wastefully to change ONLY one article 55(3) in a referendum beats every imagination.

The late former President and legal luminary, H.E. Prof. Mills started the project of constitutional review committee and many anticipated that, H.E. Nana Addo will continue to bring a closure to a long-awaited amendment of the 1992 Constitution since 2002. The President has no respect for the intelligence of Ghanaians and sees himself like the Africa grandpa whose wish should be final and swallowed hook and sinker.

It is extremely important and legally instructive for Ghanaians to note that, The referendum question “Are you in favour of the bill to amend Claus 3 of Article 55 of the 1992 Constitution to allow Political Parties to sponsor Candidates for election to District Assemblies or Lower Local Government Units”? does not connote election of MMDCEs that Ghanaians desire so much. So the referendum question is dishonest or fraudulent.

If the President, cannot have the courage to explicitly explain to Ghanaians what the 17th December, 2019 referendum is about, what is his motive for the ordinary Ghanaians?  Since Partisanship at the national level has moved from good to worse, a reasonable option is for Parliament to amend article 243(1) to reinforce the local government concept, the spirit and the letter of the 1992 Constitution. Ghanaians can observe non-partisan election for three (3) consecutive elections to verify if there is the need for partisan participation.

Let me use this occasion to thank all Ghanaians who have awakened up from the Presidential hypnotic Yes Vote but have decided to Vote No or to boycott the referendum. Especially the NDC party and former President Mahama, that have risen to competently explained why it is dangerous to Vote Yes and the need for Parliament to amend article 243(1). Once again our National Anthem spirit has been brought to bear “And help us to resist oppressors’ rule”.

Nana Chairman, May I appeal through your good offices as the Vice Chairman of National House of Chiefs, that Ghanaians are looking forward for the stools and skins of our land to speak and to act on the referendum.

Ladies and gentlemen, Ghana is acutely showing great signs of failed state. The Nana-Bawumia NPP government has passed the Vigilantism Bill 2019 but the government cannot enforce the same 2019 Bill it passed. Can you trust this same Nana-Bawumia government to enforce the vigilantism Bill during the upcoming 2020 elections? Your guess is as good as mine, emphatically, NO. Do you think the family of the elite politicians or your children will be injured at the District level when you vote YES as the president is deceptively campaigning for? Your vote is your wisdom and the peace you want and what you pray for (as Christians, Muslims, traditionalists) at the District level.

I am greatly burdened for Ghana and the next generation about the Yes Vote now for this referendum in more ways than one. The President H.E. Nana Addo should respectfully find another opportunity to clarify the referendum and why Yes is better for the New Ghanaians and Citizens.

I call on H.E. Nana Addo for a national debate so we can explain ourselves in clear terms for Ghanaians to make informed decisions. We do not want Brexit type of referendum in Ghana. Ghanaians, let’s think deep about the safety of our children and what has brought stability to Ghana as against other nations since our democratic experiment since 1992. I do not have any party lenses and so I see issues as they are and what is best for the youth and next generations.

Let me once again thank the AICEI for the 2019 summit and I beg to move that the summit adopts the AMH3 national character for the New Ghanaian to build Emotional Capital.

Thank you all and may God bless AICEI,  May God bless Ghana to bring a new independence through Emotional Capital.

I thank you all for your attention.