Home / SPORTS / International sports / Italian Serie A: Teams set to return to individual training on May 4 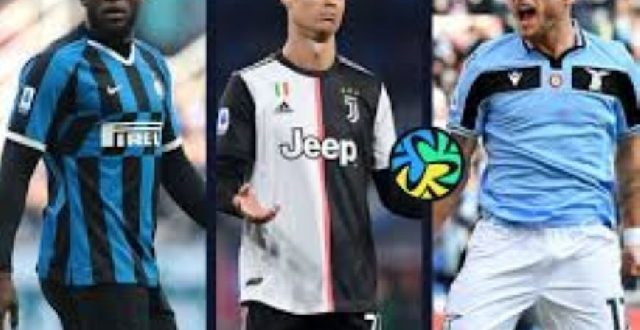 Italian Serie A: Teams set to return to individual training on May 4

Serie A sides will be allowed to return to individual training on 4 May and team training on 18 May after the Italian prime minister announced the first steps in lifting the country’s coronavirus lockdown.

There are hopes Serie A fixtures could resume between 27 May and 2 June – with an end date for the season of early August.

However, there was no formal announcement on the possibility of when Serie A might resume, even behind closed doors.

Parks will also reopen in the country, which has Europe’s highest official death toll.

Prime Minister Giuseppe Conte said in a televised address that players would be able “to undertake training individually from 4 May, in groups from 18 May, and then we’ll evaluate if there are the conditions to allow the season to be completed”.

He added: “Right now, we need to complete all the discussions to ensure that if we do reach that stage, we’ll do so in the utmost safety and security. We are passionate about sport and don’t want our athletes to get sick.

“I’m passionate for football. Like many Italians, I initially found it strange that the championship could be interrupted or suspended but I think that even the most ardent fan understands that there wasn’t an alternative.”

Conte added that when “phase two” of the the lockdown plan begins on 4 May with the easing of restrictions, social distancing of at least one metre must be maintained and this extends to two metres when exercising.