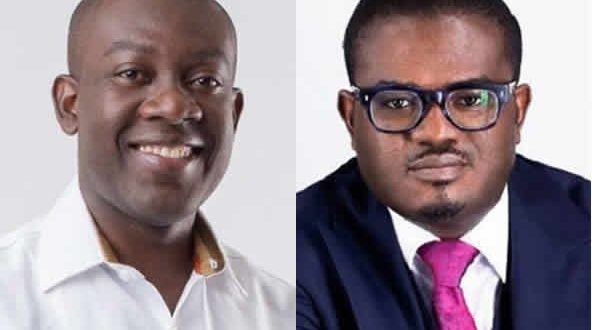 The Information Minister and Deputy Finance Minister are among about 25 cases under investigation by the Office of Special Prosecutor, JoyNews has found.

The Information Minister and MP, Kojo Oppong Nkrumah, is being investigated for alleged abuse of office involving ASH Plantpool company. He has submitted his caution statement responding to the allegations.

JoyNews has learnt, the 37-year old Ofoase/Ayirebi NPP MP’s case relates to the purchase of vehicles for MPs through a loan guaranteed by government.

Nine other political appointees and elected officers have also been named in the investigations, relating to abuse of office.

They include NPP MP for Akrofuom constituency in the Ashanti Region, Kwabena Appiah-Pinkrah who is yet to give a caution statement as at the time JoyNews got the information.

The Deputy Finance Minister, Charles Adu Boahen, who is a respondent in a case in which he is alleged to have used his public office for private benefit involving the processing of government payroll.

The Deputy Minister is son of the NPP’s first flagbearer, Prof Albert Adu Boahen and an investment banker.

The Special Prosecutor is yet to assign an investigator to their cases as the anti-corruption office is facing a human resource crisis. It has only a lawyer, JoyNews’ Kojo Yankson has found.

Several other government officials are named in cases the Special Prosecutor has marked down for investigations.

Chief Executive of the Forestry Commission, Kwadwo Owusu-Afriyie, also known as ‘Sir John’, is a respondent in a case of abuse of office for private benefit, relating to the encroachment of Sakumo Ramsar in Tema.

The Special Prosecutor, Martin Amidu, has so far filed one case in court among the 25 cases which have piqued his interest.

The office, which is the President’s promised solution to political graft, was created by law in 2018.

Martin Amidu, is a former Attorney-General who resigned from the John Atta Mills’ administration and made a name for himself in chasing after ill-gotten funds while a lackadaisical state pussyfoots.

He was sworn in as the first Special Prosecutor on March 1, 2018, with a secured tenure which is believed, will protect the appointee from political interference which is said to have undermined the fight against corruption.